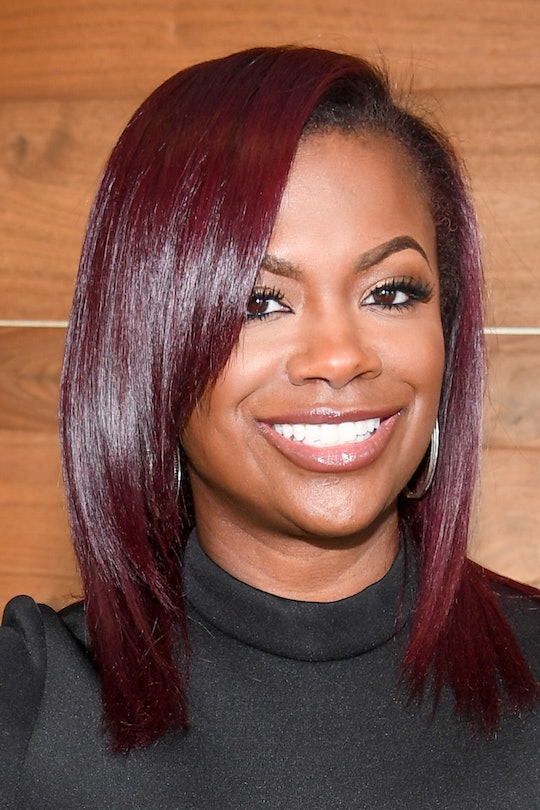 What Is Kandi Burruss' Net Worth? The 'Real Housewife Of Atlanta' Star Lives Like A Queen

On The Real Housewives of Atlanta, Kandi Burruss has never bragged about her bank account to her friends or used it as some sort of example of her superiority. So you may be surprised to realize that Kandi is actually the richest of all the Atlanta Housewives. Then again, maybe you aren't all that surprised, if you happen to know her professional history. So what is Kandi Burruss's net worth? Basically, this Real Housewives of Atlanta star is doing really well for herself.

According to various sites, including Go Net Worth, Just Richest, The Balance, and others, which I must note are not always 100 percent reliable, our girl Kandi is worth a whopping $35 million, which is an impressive accomplishment, to say the least. But given that Kandi is something of a legend in the pop music world, in addition to the several hundred projects (approximately) she's involved in these days, it is perhaps not all that surprising. Kandi has been pretty much killing it non-stop for the past 20 years or so, and The Real Housewives of Atlanta is sort of her crowning glory.

NeNe Leakes may be the show's star (and oh, how I love her), but Kandi has definitely got the goods, as evidenced by the fact that she's worth over twice what her next richest co-star (NeNe at $12 million) is worth.

So where did all this wealth come from? To be fair, it's not like it happened overnight. Kandi has been working in entertainment since the early '90s. She started as one of the founding members of the girl group Xscape, and went on to become a hugely successful and respected songwriter. And you know that '90s throwback playlist you've been curating on Spotify? Kandi wrote like half the songs on it. Some of her biggest hits include classics like "Bills, Bills, Bills," and "Bug-A-Boo" by Destiny's Child, "It Makes Me Ill" by NSYNC, and, most importantly, "No Scrubs" by TLC. Basically, I want Kandi to follow me around and shout inspirational things at me through every breakup I ever go through.

This doesn't even include all of her recent projects. In addition to being a Grammy-winner and official "Living Legend," Kandi has embarked on several entrepreneurial projects. She has her own line of adult toys, and is now mentoring the young music groups Glamour and LOUD, opening her own restaurant in Atlanta, and oh, yeah, is still appearing on The Real Housewives. This busy girl has earned every damn penny.