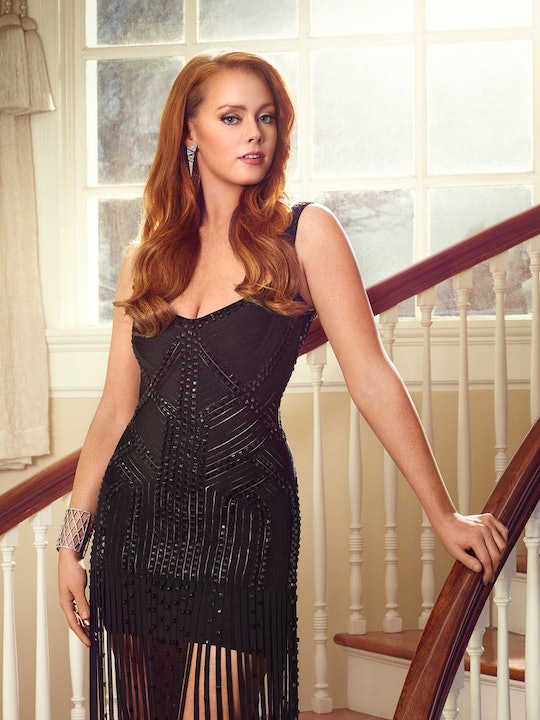 Kathryn Dennis' Net Worth Is Impressive

Southern Charm Season 4 may be only one episode in, but it's already off to an explosive start. Much of the premiere centered around the group pool party, which — in pure Bravo reality TV fashion — was a completely over the top and indulgent affair (shirtless bartenders, anyone?). Everybody's favorite fiery redhead, Kathryn Dennis, was the topic of most gossip, given her absence and impending return. Now that Kathryn is freshly recovered and out of rehab — while also firmly split from her ex Thomas Ravenel — many are wondering: What is Kathryn Dennis' net worth on Southern Charm?

Obviously, on a show about wealthy people living it up in Charleston's high society, you'd generally expect every cast member on the show to be fairly well-off. As is the case with most reality shows, though, the net worth of the people appearing on the show (and even their per-episode fee, which tends to climb in accordance with the person's popularity) can vary widely. In Kathryn's case, there's no denying that she's one of the most popular and talked-about cast members on Southern Charm, with the largest Instagram following of the bunch. But does that popularity measure up with her net worth?

While there's no hard-and-fast rule for calculating net worth that makes it easy to figure out any public figure's money situation, I'd honestly be shocked if she doesn't make significantly more per-episode than any of the others. Her alleged estimated net worth — according to various online sources like Celebrity Net Worth, AlphaLife, and Fame10 — is $600,000, which sounds about right for a model/socialite/reality TV star of her caliber.

With a higher social media profile (which goes hand-in-hand with show popularity) typically comes the brand partnerships. Based on Kathryn's Instagram account, it's clear that she's repping quite a few brands (like 310 Shakes, in the Insta above), many of which typically pay a percentage of revenue for that service. And, of course, Kathryn also makes money from her modeling gigs — though it's not clear whether she's done much modeling recently. Over the past few months, she's been in rehab and focusing on getting sober.

Beyond her modeling, brand repping, and Southern Charm income, it's possible that a portion of Kathryn's net worth comes from old family fortune. Kathryn is a descendant of John C. Calhoun, the seventh Vice President of the United States of America, and is also the granddaughter of Rembert Coney Dennis, one of South Carolina's most prominent and long-serving legislators — and she grew up on her family's plantation. Clearly, she comes from money.

Regardless of how much Kathryn is or isn't worth, one thing's for sure — she's the No. 1 reason a huge portion of fans keep tuning in to Southern Charm's affluent drama, backstabbing, and antics year after year.