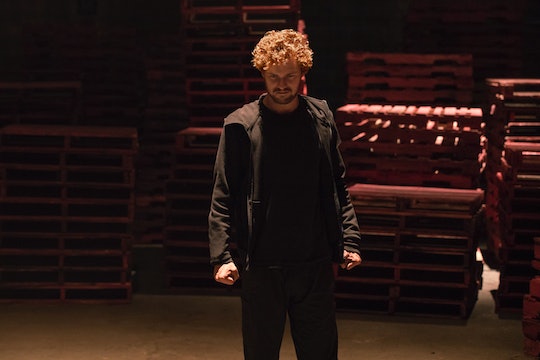 In preparation for Marvel's latest Netflix show Iron Fist, you may have started to research the character (who surprisingly has no relation to Iron Man BTW), and where his powers come from. It turns out Iron Fist, who's real name is Danny Rand, got his powers while in a place called K'un-Lun. But what is K'un-Lun on Iron Fist? Apparently it's a mystical land found in the Himalayan mountain range in Tibet, though it actually exists in another dimension.

According to ScreenRant, K'un-Lun is built around a spaceship that crashed in this other dimension about a million years ago. The spaceship help humanoid aliens who then spread out and used parts of the ship to create the city. However, the present inhabitants of K'un-Lun no long remember how the city came to be. K'un-Lun is also one of the Seven Capital Cities of Heaven. The seven cities appear on Earth periodically and every 88 years all seven of the cities align in a heavenly convergence creating the Heart of Heaven. The other cities are K'un-Zi, Peng Lai Island, Z'Gambo, Under City, Tiger Island, and the Kingdom of Spiders.

The cities hold a tournament where each city has a champion represent them; for K'un-Lun that champion is Iron Fist. The tournament determines the celestial clock, and the winning city would appear on Earth every 10 years rather than every 88 years. (Talk about pressure!) This was the case for K'un-Lun.

In the comics, Danny ended up living in K'un-Lun for a decade after his parents died when he was a young child. He grew up in the mystical land, learning martial arts under the martial arts master Lei Kung the Thunderer. When he turned 19 he was able to fight for the power of the Iron Fist. He had to battle a fire-breathing serpent (or dragon) called Shou-Lao the Undying. By capturing the creatures heart, Danny gained the power of the Iron Fist.

Danny's origin story may differ slightly in the new series, but his time spent in K'un-Lun will definitely remain the same. Based on the previews, it looks like the show will provide flashbacks to Danny's time in the mystic land and his training there. However, if fans were hoping to see Danny's fight against Shou-Lao come to life they'll be sorely disappointed. Finn Jones, who plays the superhero, confirmed to Yahoo! News that fans won't see him face-off with the dragon because of "budget restraints." Bummer.

Even without the dragon, though, you can still learn more about Danny Rand and his past when Iron Fist premieres on Netflix on Friday, March 17.