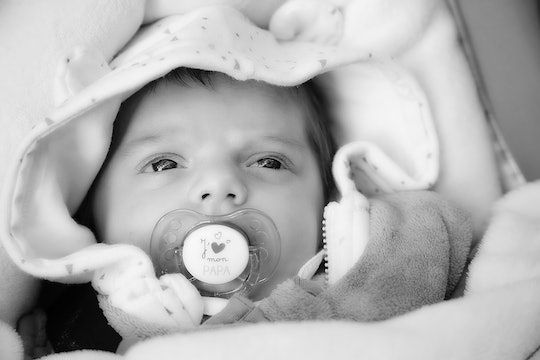 When two Arizona infants contracted the same life-threatening bacterial infection within months of each other early last year, a clinician pinpointed a connection between the seemingly unrelated cases, according to The Washington Post: Both had been born via at-home "water births." While the concerning outcome from the practice may not have affected enough babies to be considered a trend, experts do believe that these births — when a baby is born into a tub of water — expose infants to a greater risk of developing the Legionnaires' disease. In the aforementioned cases, both infants ultimately recovered. But that outcome isn't guaranteed for others, so new parents considering their birthing options certainly need to get educated about what Legionnaires' disease is and what it could mean if their infant contracts it.

The Centers for Disease Control and Prevention (CDC) revealed the concerning link between the Arizona incidents in its Morbidity and Mortality Weekly Report Thursday. The first baby was born Jan. 6, 2016, into a tub filled with warm tap water; the infant was taken to the hospital the following day in severe respiratory distress with low blood oxygen levels. The second infant followed April 5, making his or her debut into the world in a rented Jacuzzi with jets. A dangerously high fever landed that infant in the emergency room just days later. Still, water births are becoming increasingly common — so what's going on?

According to LiveScience, the Legionella bacteria thrives in water systems like hot tubs, air conditioners, and plumbing systems. Because tap water — which is what filled the tubs in both of the Arizona cases — is not sterile, the water that infiltrated both babies' systems was able to infect them and make them sick. (Both recovered with the help of antibiotics.)

Guidelines from the American College of Obstetricians & Gynecologists (ACOG) suggest that there could be some benefits to a mother going through labor in a tub, but suggest that she not give birth in one. While laboring in a tub can decrease the chances that a pregnant woman will require an epidural by 10 percent, giving birth in one ups the likelihood of the umbilical cord snapping, in addition to the warm water being susceptible to breeding bacteria that causes potentially fatal infections like Legionnaires'. Just as important, the commonly held belief that babies will hold their breath underwater may not apply 100 percent of the time.

Researchers now believe that letting hot water run for three minutes before filling the tub to clear the pipe could help to lower the risk of the infection, according to Live Science. Still, anyone considering this method should talk it through with their doctor first, as he or she will be able to point out any particular danger associated with the practice, or even object if it would not be safe for the mom or baby.