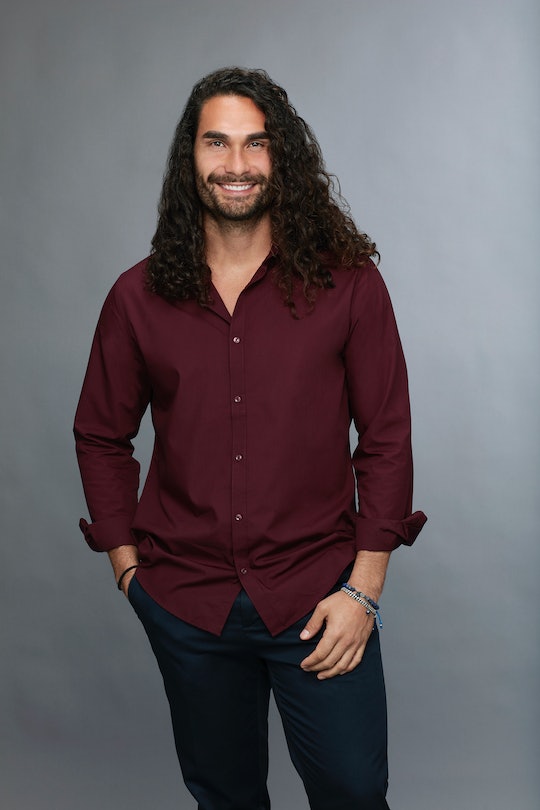 You May Have Seen Leo Outside 'The Bachelorette'

The Bachelorette always promises a colorful cast of characters, and one of them this season is definitely Leo. But what’s his life like outside the show? What is Leo’s job? The Bachelorette contestant is used to being on camera.

According to his ABC biography, Leo is a stuntman from Studio City, California. The 31-year-old is a Los Angeles native, and his bio states that “Leo is a successful stuntman in TV, movies and stage shows. When he's not taking a punch, he works for his family construction business. Leo's been growing his hair for 10 years and prefers the 'messy bun' look.” It’s awesome that in addiction to his acting work, Leo helps out his family. From his Instagram, it’s clear that he loves them a lot and probably enjoys working with them.

Now, a ton of people say they are “actors” but they haven’t actually been cast in anything but their community theater production of The Wiz. Not true with Leo. Leo — full name Leandro Dottavio according to his IMDb — has appeared in TV shows such as American Horror Story and SMILF. Granted, his characters were named “Kai Supporter” in the former and “Paleo Guy” in the latter, but Leo’s ahead of many others in LA. He also did stunts for the 2011 film Moneyball.

On The Bachelorette, Leo has made a name for himself thanks to his athleticism (more like competitive edge) and for his witty one-liners — remember him writing a song with help from the horse?. I think saying he’s the funniest guy in the house (besides Jordan, who was unintentionally funny) is not a big stretch. Another important fact to note is that Becca just revealed that her first kiss in the house was actually with Leo, not Garrett — who got her first impression rose. “First kiss was Leo,” she said in an interview with Us Weekly. “Which no one saw.”

Honestly, I wish viewers did see that fateful kiss. Leo and Becca have had on-screen kisses since, but I wonder what their first one was like, and why Becca opted to give the first impression rose to Garrett instead. Considering how funny he's been throughout the season it's a shame viewers haven't gotten to see more of him, including how he managed to get the first kiss of the whole season.

Perhaps Leo's long history of acting and doing stunts is part of what makes him so comfortable and low-key hilarious on The Bachelorette. As with all actors, it's easy to wonder if Leo is really there for the "Right Reasons" or if he's just there to boost his star power. I'm no expert, but at least from where I'm sitting it looks like Leo is really there to form a relationship with Becca. And she's at least kind of into it.

Then again, on the show it looks like Leo is still trailing slightly behind frontrunners like Garrett and Blake. Or maybe it's just that Becca hasn't gotten a chance to really get to know the man behind the flowing locks. I think that as a viewer, I would definitely like to learn a little bit more about this guy. Now that there are fewer contestants, the two can get to know each other more. Who knows, maybe Becca will end up relocating to LA to see Leo’s acting career take off. Or maybe he'll take his stunt-work to Minnesota where Becca works in publicity. Then again, maybe Becca says goodbye to Leo in the end and he'll search for his future wife on Bachelor in Paradise.