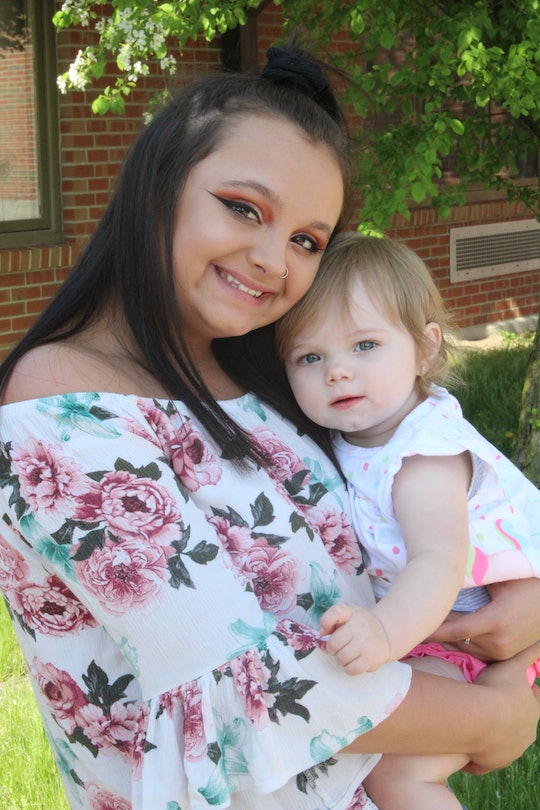 Lexus Is Doing Well After 'Unexpected'

TLC’s reality series, Unexpected, first introduced viewers to Lexus when she was 15-years-old and pregnant with her boyfriend Shayden’s baby. Since then she has given birth to a healthy baby girl, Scarlett, and has faced a few relationship challenges with Shayden. While much of her motherhood journey was filmed for the show, many fans are wondering, what is Lexus doing now after Unexpected? She seems to be in a pretty good place.

Now 17, Lexus has had a difficult time balancing the relationship between her mom, Kelsey, and Shayden, but she is trying her best to make things work. In an interview with Newsweek, Lexus and Shayden revealed that they are happy together, and are planning to get married in a few years. “We want to get married,” said Shayden. “We plan on waiting until Lexus is around 19 or 20, so we still have some time.”

In the meantime, the couple is hoping to move in together somewhere they can easily find jobs. “Shayden and I plan on getting our own place about a month before I turn 18,” Lexus told Newsweek. “We plan on moving out of our hometown and closer to a place that has more job opportunities.” Until they find a place together, Lexus and Scarlett continue to live with Kelsey, who was a young mom herself, and understands what her daughter is going through.

But things haven’t been completely peachy between Lexus and Kelsey. According to Newsweek, when Scarlett was 9-months-old, Kelsey threatened to take custody of her. She attributed her decision to Shayden and Lexus’ then failing relationship, and the fact that neither of them had a job to provide for Scarlett. “I wanted to be financially responsible for her,” Kelsey told Newsweek. “Their relationship completely went downhill after Scarlett was born — I just feel like they weren’t right for each other, I don’t think they were doing things right. They have a lot of growing up to do.”

Lexus wasn’t too happy about her mom’s proposal of taking custody of Scarlett, telling Newsweek that she was “very upset” and hurt because she is “not an unfit mother.” She told the outlet that at the time, the couple was unemployed, but Shayden was actively looking for a job. “My mom didn’t like that we were being irresponsible and she wanted custody,” said Lexus. “In my opinion, it was never anything so serious that she should’ve ever threatened to do that.”

Since then, Lexus, Shayden, and Kelsey have found a healthy balance, and on Lexus’ Instagram page, the family is all smiles. Just this summer, Lexus posted a loving picture with Kelsey, followed by a picture of her with Shayden captioned “my babyyy.” In a July post, Lexus commemorated her two-year anniversary with Shayden with an Instagram slideshow. “2 years with you, shayden [sic]. I cannot believe we have made it this far,” she captioned the post. “Our relationship has grown so much just in the last few months & our love will only grow stronger.”

Lexus is a very loving mom, and it’s apparent on both her Instagram and Twitter pages. They are filled with doting pictures of Scarlett. To commemorate her first birthday, she posted a slideshow of photos on Twitter, writing, “A year ago today, my baby girl came into this world. The best thing to ever happen to me. You have given me life. You have given me purpose.”

It looks like Lexus has turned her life around for the better, and she’s maintaining all the important relationships in her life. Fans of Unexpected hope to see more of Lexus on future seasons, but until then, they can always turn to her social media pages for an update.