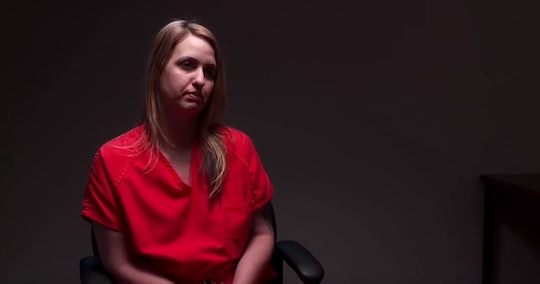 There are plenty of reality shows that focus on love, dating, and marriage, and those are usually the ones filled with the most drama. There’s one unscripted series in particular that is winning over audiences at lightning speed, and it’s probably because of the show’s unconventional, yet riveting premise. If you’ve been hearing all the buzz, you’re probably wondering, exactly what is Love After Lockup?

Love After Lockup is a WE tv reality show that follows the relationships of couples where one person is behind bars. According to a press release by the network, the series tracks “the emotional journey of a prison release and life together after months or years of correspondence, supervised visits and highly structured interactions and expectations.”

The first season of Love After Lockup premiered in January of 2018, and in the press release, WE tv noted that the series was the fastest-growing new cable reality series for 2018, and its popularity continues to grow into Season 2. After the show became a viral hit, the network announced that it would be adding 10 more episodes to the second season, which will air sometime this Spring.

Currently, the Season 2 of Love After Lockup is in full swing (it premiered in December), and it follows two couples from Season 1, along with four new couples. The couples from last season include Angela and Tony from Grenada, Missouri — who did not get their happy ending because of Tony’s late release and a second man in Angela’s life — and Scott and Lizzie from Oxnard, California — who were struggling to build a trusting relationship after Lizzie was released and reunited with her long lost daughter.

The new couples this season are facing their own unique circumstances. Clint and Tracie are from Hobbs, New Mexico, and after meeting on the website, Meet-An-Inmate.com, they are hoping to get married once Tracie is released. Las Vegas couple Marcelino and Brittany, also met on the website, and despite never seeing her outside of prison, Marcelino is ready to marry 27-year-old Brittany as soon as she is gets out.

Megan and Michael, are a couple from Fort Worth, Texas, and the two met while Michael was in prison for a parole violation. Ever since he proposed to her during a prison visit, Megan has been planning their wedding, but Michael has been keeping secrets which could change the way things end up. Auburn, Virginia couple Caitlin and Matt, only spent 30 hours together in a prison visiting room, but they are convinced that they are meant to be together. The couple has plans on getting married and starting a family once Matt gets out of prison.

Love is a complicated animal no matter who or where you are, but having prison bars between you must make things more difficult to navigate. So, if you’ve ever wondered what it’s like to fall in love with someone who is incarcerated, Love After Lockup will should give you a closer look inside that tough emotional journey.