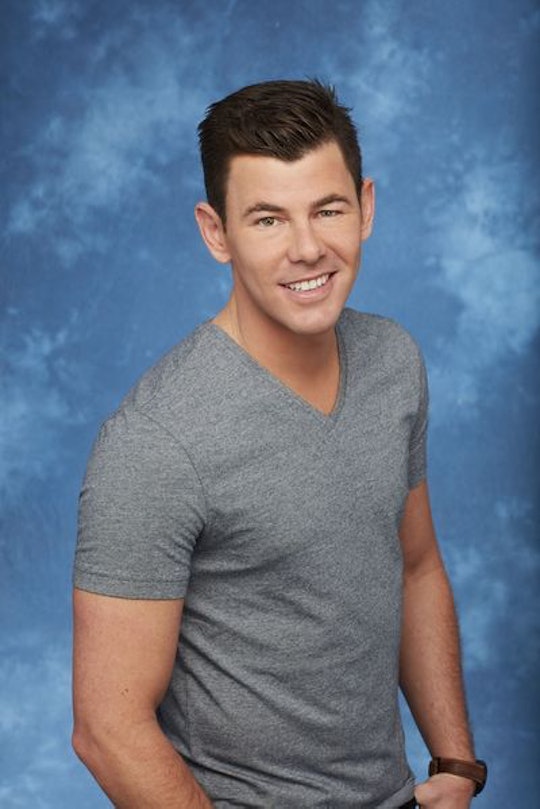 Lucas From 'The Bachelorette' Has A Few Different Jobs

In the long and storied history of ridiculous jobs on The Bachelorette, one of Rachel Lindsay's new suitors might take the cake. On a show that has brought its viewers pantsapreneur, Bachelor superfan, Canadian, hipster, and even most recently "tickle monster" as supposed career choices, there is one that out-nonsenses them all. The single word that contestant Lucas Yancey lists as his job is so confusingly random that it definitely prompts a head scratch of two. So what is Lucas' job?

On his introductory questionnaire for the show, Lucas claimed his career was "whaboom," sending all of Bach Nation into a head-scratching frenzy. Was that a company? A title? A state of being? Was it even a word? Well, according to host Chris Harrison, it is all and none of those things. "It's one of those words that can be like — it's an essence, it's a lifestyle, it's an occupation but it's also a verb," he explained to E! News. "You can Whaboom and you can be Whaboom."

And despite all those myriad definitions, "whaboom" is not actually Lucas' job, either. Though he's tackling more than a few different jobs at the moment, they all sound like pretty normal careers: he's an actor, a comedian, and he also works in real estate. They might not have the same ineffable quality "whaboom" has, but they are also real, actual things.

Lucas works as an actor/writer/producer, according to the biography on his personal website. Though he claims he has appeared in "many major television shows, commercials and movies," his IMDB page doesn't have many recognizable credits — but it does cite "WhaaaBoooom" as his trademark, so clearly he's been refining his brand for a while. He has his own production company and YouTube channel, YknotWorld Prodcutions, that creates short comedy films and commercials. Apparently he's got a flair for stand-up and improv, too.

When not devoting his time to comedic endeavors, Lucas works in real estate as an investor and developer in both Los Angeles, where he lives, and San Francisco. Lucas describes himself as "a jack of all trades and master of many" in his IMDB bio, so perhaps over the years he's simply decided to use the incomprehensible "whaboom" as a kind of shorthand for his various careers.

Though Lucas certainly got creative with his career description, the reality is actually very simple: he's just a performer trying to be funny. He can only hope that his attempts at humor work for Rachel — as well as the Bachelor audience.