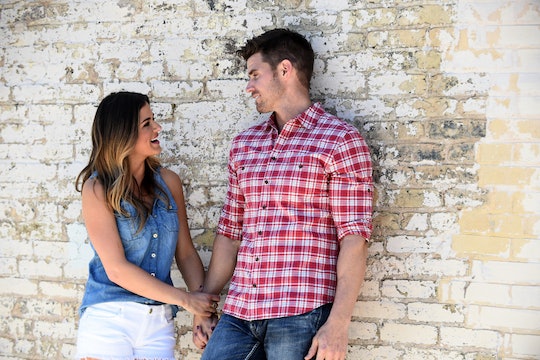 What Is Luke Pell Doing Now? The 'Bachelorette' Star Is Enjoying Some Sunshine

Well folks, we're down to the final four Bachelorette contestants, and it's anybody's guess as to who JoJo Fletcher is going to choose. Actually, that's not entirely accurate. Most Bachelorette scholars predict that it will come down to Jordan Rodgers and Luke Pell, and that ultimately JoJo will go with Jordan, (steamy make-out sessions with Luke notwithstanding). If this is indeed how the whole thing will end up playing out (sorry, Robby and Chase), then the world wants to know what is Luke Pell doing now? Nobody can confirm just yet whether or not he's the next Bachelor (though I think chances are high), and he's probably not in Mexico for Bachelor in Paradise. So what's he doing?

A big part of Luke's general appeal is his down-home Texas charm. He's the ultimate all-American. He's a country singer, a good Southern family man, and a West Point educated war veteran to boot. And it looks like he's been doing precisely what we'd expect of the lovable country boy/Adonis, and that's spending time with his family and friends in the Lone Star state. His Instagram shows him doing all sorts of wholesome activities like playing with babies, eating watermelon, boating, horseback riding, oh and teaching JoJo how to shoot skeet.

Luke earns extra points for this picture by including an adorable tiny child, who, to be fair, does look a little unsure about this Luke character.

He's Celebrating The 4th Of July With Friends

While I'm not sure why Luke is wearing all black to a Fourth of July celebration, he definitely seems to be enjoying himself with some old friends and their adorable little munchkin. This picture is so relatable you can almost see yourself standing next to him at whatever barbecue this is. Can't you? Can't you?

Luke appears to be enjoying the heck out of his summer on this lake, and identified his location as Camp Longhorn, a Texas sleep-away camp. Could this be where Luke spent his summers as a child?

This picture of the impossible well-muscled look perched atop a mountain of inner tubes reminds me of the fact that I have not gone tubing in at least 10 years, and I am definitely not enjoying my summer half as much as Luke right now.