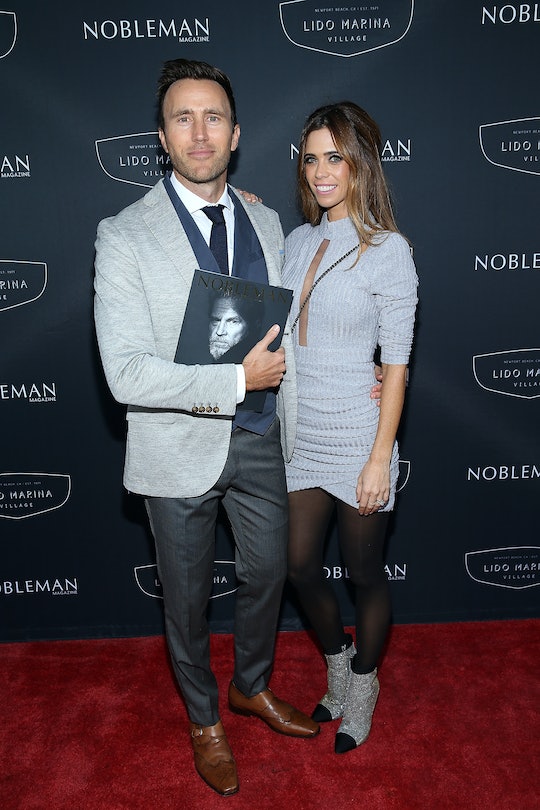 Lydia McLaughlin & Her Husband Are Media Moguls Outside Of 'RHOC'

After an absence of a few years, Lydia McLaughlin made a triumphant and glitter-encrusted return to the Real Housewives of Orange County, wherein she attempts to mediate the women's fights through the power of Christ and the strength of her own good vibes. She often brings along her husband Doug, who wears delightful suits sans tie, and is apparently very busy. So what is Lydia McLaughlin's husband's job? The Real Housewives of Orange County couple seems determined to take over the magazine publishing world.

According to his LinkedIn profile, Doug is the owner of SKYLAB Media Group, and has been working there for the past 12 years since 2005. On the company's website, it says that SKYLAB is a full service creative agency which offers marketing and branding services to companies large and small. They do things like web design, marketing copy, logo design, and create advertising campaigns for various companies. What is less clear is how much of a role Doug plays in the agency's day to day operations. He may be the owner of the business, but he also has lots of other things going on to keep him busy besides SKYLAB. Namely, a little magazine called NOBLEMAN.

When Lydia was first on Real Housewives of Orange County, she and Doug were working on the magazine that Doug helped found in 2008. Doug is apparently one of the cofounders of Beverly Hills Lifestyle Magazine. His LinkedIn implies that he stopped working with the publication in 2016, but not to worry. It remains firmly in the Bravo family. The magazine's new Editor in Chief is none other than Lisa Vanderpump, otherwise known as my queen of everything. But it looks like the McLaughlin family liked working with magazines because they have now started their very own.

If you've been watching this season of Real Housewives of Orange County, you may have noticed that when Lydia is not organizing prayer circles or throwing parties for Doug's upcoming vasectomy, she is talking about NOBLEMAN, she and her husband's new magazine venture. She told Bravo's The Daily Dish, "We aim to inspire men to live life to the fullest and with purpose. NOBLEMAN is Southern California’s only luxury lifestyle magazine catering specifically to men who value style, travel, food, art and culture." As a woman living on the East Coast and not in Southern California, I am clearly not the magazine's intended audience, and yet even I am somewhat intrigued.

Browsing the magazine's website, I am struck by articles with headlines like "Yacht Review" and "Claim Your Legacy." The magazine has also done a profile on fellow Housewife husband Diko Sulahian. In fact, the photoshoot for this profile provided the first on-screen meeting of Lydia and Diko's wife Peggy, who has the dubious honor of being the 100th Real Housewife.

It looks like professionally at least, running NOBLEMAN is the primary focus in Doug's life right now. But Lydia also has a large hand in running the magazine, in addition to her other commitments as a mother and Housewife wrangler. Evidently, the couple's various business endeavors have paid off in a big way. Various sites estimate that Doug McLaughlin's net worth is somewhere in the neighborhood of $15 million. That puts the couple on the high end of the Housewife affluence spectrum. If the magazine grows as much as they're hoping it will, maybe the couple will eventually outstrip even the Dubrows and the Vanderpumps. Just imagine all the glitter and unicorns they'd be able to buy then.