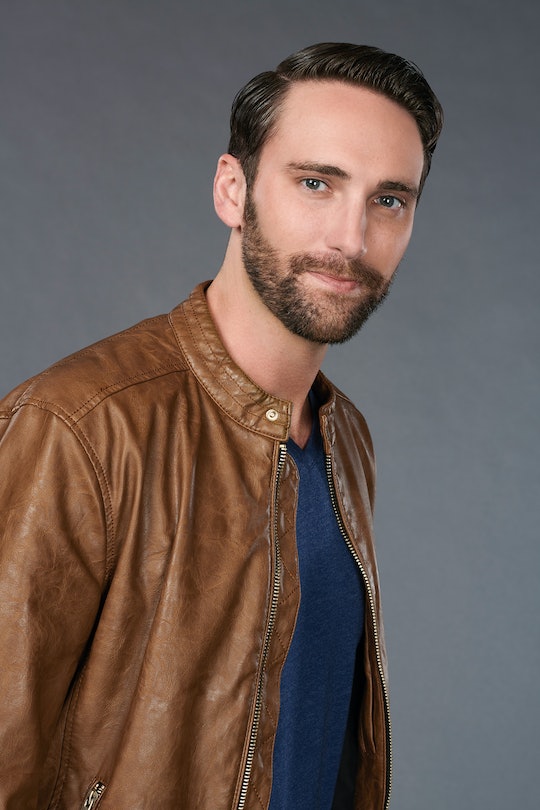 Never Judge A 'Bachelorette' Contestant — Like Cam — By His TV Appearance

"Always Be Cam" may be getting on everyone's nerves lately (not least of all the other men in the house) but that doesn't mean the freestyle rapper doesn't have his own private battles. If you've done the preliminary contestant search, you'll see one of those battles listed. So what is lymphedema? Cam on The Bachelorette has an inspiring history you, and Hannah, need to know about.

Cam Ayala has struggles the TV viewers can't see. The Mayo Clinic describes lymphedema as "swelling that generally occurs in one of your arms or legs; sometimes, both." It's a condition caused by "the removal of or damage to your lymph nodes as a part of cancer treatment," and is a result "from a blockage in your lymphatic system, which is part of your immune system." That blockage won't let the lymph fluid drain, so it builds up (hence the swelling). There's no cure, but can be managed if diagnosed early enough. Knowing what Cam is going through, while still maintaining his upbeat persona, kind of makes me root for him. The 30-year-old software salesman from Austin, Texas opened up about his health struggles via Instagram, explaining he was diagnosed in '02 at 12 years old. Doctors told him he'd never play competitive sports and a few years later, he nearly lost his leg to amputation after an infection in the knee.

"I was given a second chance to live a 'normal' life again. This didn’t come with countless nights of excruciating pain, swelling, and mental agony," Cam wrote. "Through the support of my family, friends, and music, I stopped focusing on my misfortunes and started prioritizing the blessings that I often took for granted."

His message of hope might make you forget about his awkward encounters (like when he interrupted a group date he wasn't invited to), and you can read the rest of it on his Instagram page. It's sandwiched between a close-up headshot and him playing the djembe drum and harmonica. He's obviously a multi-level talented guy. Sure, he's irritated everyone, but now that you know he wants to take control of his life, because of what he's been through, he's a little easier to swallow. Look at his rose as less of a pity rose, and more of a "get to know Cam better before you judge him" rose. Besides, Hannah isn't the type to send someone home without forming her own opinion.

Forget the days when she and Caelynn had their "feud," because "Hannah Beast" is moving onward and upward with this set of potential suitors. It's not even worth mentioning she had her heart broken on TV by the former Bachelor, Colton Underwood, because she's in charge now. Love her or hate her, the "hot mess express" will sort through the new batch of contestants and hopefully find her Mr. Right (if there is such a thing). So far, Cam is on the long list. She sees enough potential to give him another week. If he ever planned to open up about his condition, I'd say that time is now.

You can already tell Cam doesn't let his lymphedema keep him down for long. Actually, you can't tell if he's any any pain at all. Maybe you're not a fan of his incessant rapping and frequent interruptions of other men's time, but I think he's onto something bigger: all you're guaranteed is this moment, so seize the day to its fullest.