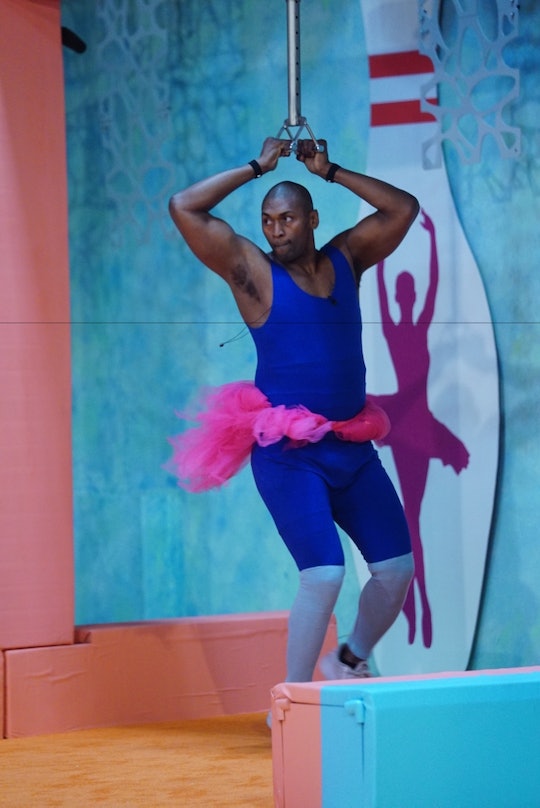 Metta World Peace Used To Have A Completely Different Name

Celebrity Big Brother has been interesting, to say the least. Since the season is shorter than regular Big Brother seasons a lot has already happened including one houseguest voluntarily being evicted so she could go home to her child. However, the most interesting aspect of this season is probably Metta World Peace who is either playing an excellent game or truly has no idea what's going on. This has led many to wonder about who he is outside of the house, and most importantly, what is Metta World Peace's real name?

Before he became known as Metta, he was Ron Artest. Back in 2011, the former NBA basketball player (though he was still playing at the time), decided to legally change his name. He then went on ESPN's Pardon the Interruption to explain why he wanted to do it. "I always like to be on the move as far as creatively, thinking about things and marketing," he said. "I really wanted to be inspirational." He also credited the idea for the name to the Cincinnati Bengals wide receiver at the time, Chad Ochocinco.

He went on to say that the name has "actual meaning to it," and explained that Metta is a Buddhist term that is defined as a "strong wish for the welfare and happiness of others."

This actually wasn't the only time Metta changed his name though. In 2014, he decided to change his name again after signing a one-year deal with the Sichuan Blue Whales of the Chinese Basketball Association. His new name was "The Pandas Friend," however it doesn't appear he ever actually legally changed his name. Thus, he is still Metta World Peace. Unless he decides to change his name again at some point.

At the start of Celebrity Big Brother, Metta wasn't doing so well. He apparently attempted to leave the house a number of times before the producers were able to talk him into staying. However, it seems Metta has now settled into the Big Brother house comfortably.

He's made friends with the faux owl and, for the most part, he's completely stayed off anyone's radar. He's actually sitting pretty right now and has a pretty good chance of making it all the way to the end of this game, simply because no one sees him as a threat. Metta has even found himself in an alliance now.

During Sunday night's episode, Omarosa gained control of the house after winning Head-of-Household. Recognizing that Brandi, Ariadna (Ari), Ross, and Marissa had a strong alliance, Omarosa realized she needed to make one of her own. So she decided to bring together the outliers: Mark, Metta, and James. Now the group has enough power in the house to match that of the other four, making Metta's state in the game even stronger than before, and he hasn't had to lift a finger. Yet.

One has to wonder how long Metta can just chill his way to victory. Will anyone catch on to the fact that Metta is the ultimate floater or will they actually let him glide his way to the end? It's hard to say for sure, but if Metta actually does end up in the Final 2 it's almost guaranteed he'll win. The voted out houseguests are the ones on jury and they'll be the ones to decide who wins. Since Metta has made no big moves or really done anything to anger anyone, he's basically a shoe in to win the jury's vote.

You can see what happens next in the Big Brother house when Celebrity Big Brother continues Monday, Feb. 19 at 8 p.m. EST on CBS.