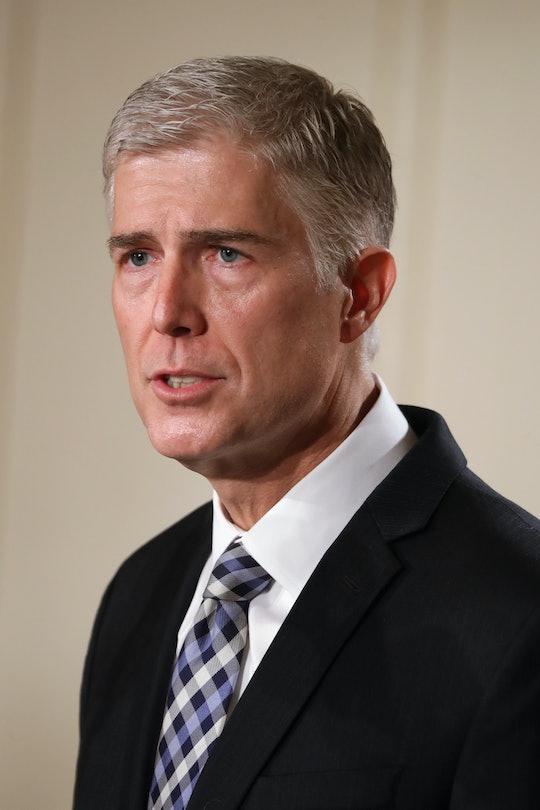 What Is Neil Gorsuch's Stance On Women's Rights?

The recent administration has created a lot of worry for different individuals. The conservative take on recent politics has left a lot of minorities wondering what lies ahead in their future. One specific group that would be (and will be) largely affected by the recent SCOTUS nomination of Neil Gorsuch is the women of the United States. Women's rights are at great risk with the most recent nominee, but it's important to know the facts. So what is Neil Gorsuch's stance on women's rights? Moving forward, it's important to know how a Justice Gorsuch can affect you and your future.

Women's issues are human issues, and furthermore, every case that passes in front of Neil Gorsuch (should he be confirmed) will affect women in some way. But there are a matter of issues that feel at risk now more than ever. With a Democratic nominee (that didn't happen), things would have felt a little safer, a little more cushioned. But, with Gorsuch's nomination still hot on the presses, it's important to know how he feels about abortion, birth control, and Planned Parenthood.

Gorsuch had a strong opinion in the Sebelius v. Hobby Lobby, Inc. case that decided that the craft chain was able to deny their employees birth control coverage despite Affordable Care Act mandates. Slate states that Gorsuch described birth control as "drugs and devices as having the effect of 'destroying a fertilized human egg.'" It is possible that Gorsuch could fight for birth control to be made more expensive by insurance companies (as well as abortions), should he be confirmed for the seat.

Interestingly enough, Gorsuch has never made a final statement on his stance on abortion. It wouldn't be fair to say where he'll fall, but certain decisions he's made in the past certainly suggest a rather right-leaning stance on the fundamental women's right. But, according to the Denver Post, NARAL President Ilyse Hogue has some concerns with the appointee, saying, "With Judge Neil Gorsuch, the stakes couldn’t be higher when it comes to women and our lives. Gorsuch represents an existential threat to legal abortion in the United States and must never wear the robes of a Supreme Court justice."