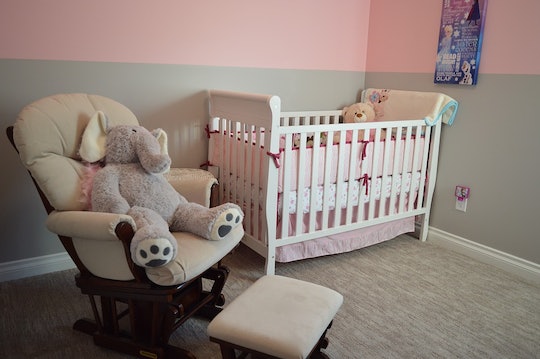 What Is Nesting And Why Does It Happen?

If you are in your third trimester and suddenly get an overwhelming urge to organize, clean, and make your entire house adorable, you're not alone. Many pregnant women inexplicably turn into mini Martha Stewart's during the tail end of their pregnancies, and the reason behind it isn't entirely a mystery. But what is nesting (the super technical name for the phenomenon) exactly and why do so many women experience it?

According to the American Pregnancy Association, nesting is a common instinct "to prepare for birth" that many (but not all) pregnant women experience. Each woman will experience the instinct in a different way, much like every aspect of pregnancy. Some will get a huge surge of energy and want to clean, others will want to finish the nursery, some will want to cross any last minute details off their shopping list, but each instance will be focused on prepping for the baby's nearing arrival.

In fact, humans aren't the only ones that experience a "nesting phase." According to What to Expect, many animals like hamsters, dogs and cats nest as well. The piece explained that the instinct is due to a surge in adrenaline in the final months or weeks of pregnancy.

While it may seem a little bit shocking that you'll suddenly feel energized and ready to work when you're at the peak of your pregnancy (and usually expect to feel the most like a couch potato,) but instincts can do crazy things. Similarly, if you don't experience the desire, don't be alarmed. Some women experience it to differing levels of intensity.

Although, if you do notice yourself wanting to channel your inner HGTV host, it probably goes without saying that you should take advantage of these weeks of energy, because after baby comes, you won't have time to hang a picture, much less finish an entire nursery.