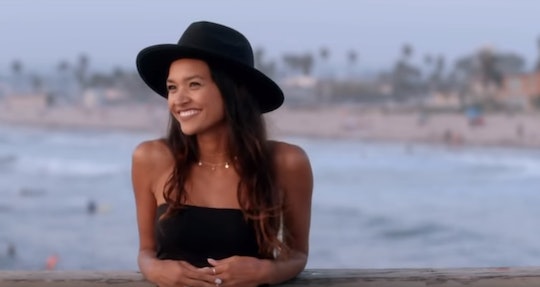 MTV’s new reality series, Pretty Little Mamas, follows five friends as they navigate through their glamourous lives as young moms. Just one episode in, fans are already fascinated with the cast of the show, particularly Nikki. She’s seems to be very focused on moving her life forward professionally, but exactly what is Nikki’s job on Pretty Little Mamas? This young mom is hoping to make it big as a model and on social media.

During the first episode of Pretty Little Mamas, Nikki revealed that alongside being a dedicated mom to her 14-month-old daughter Alaia, she is trying to make a name for herself professionally. “Now I’m super focused on growing my Youtube channel and my modeling career,” she said on the show, “so I can prove to my parents that I can make it on my own.”

The reason Nikki feels the need to prove something to her parents, is that they were not happy about her pregnancy. On the show, Nikki talks about her rich Singaporean background and how her pregnancy news initially upset her parents. “I came from a wealthy family and a conservative community in Singapore," she said in an interview with Us Weekly, "where it was almost taboo having a baby out of wedlock.” It is completely understandable that she would now want to try to turn her parents doubts around, and prove that she can make a name for herself, all while being a great mom.

Nikki is currently listed as a model for Brand Talent, a California-based talent and modelling agency launched by veteran model Patty Brand. On their website, the company describes themselves as an agency that represents models for a variety of platforms, including runway shows, print ads, and for TV commercials. While Nikki’s online modeling resume seems to be limited to her Brand Talent profile at the moment, on Pretty Little Mamas, she tells her boyfriend Ryan that she is booking gigs.

The 23-year-old mom has a YouTube channel under her full name, Nicole Elise, on which she regularly posts life updates, hair and makeup tutorials, product hauls, and style advice. Her YouTube channel has over 14,000 subscribers, and in a recent video, Nikki posted an update for her fans promoting her newest job — a cast member on MTV’s latest reality series. “I’ve been super preoccupied with the show that I’m on called Pretty Little Mamas,” Nikki says in the video. “I’m really excited about it, I’ve put in a lot of work and effort.”

Along with her YouTube channel, Nikki has a growing Instagram presence as well. She frequently posts frame-worthy pictures of herself and her daughter, including editorial style photos that could easily be in the center of a fashion magazine. In one post from earlier this summer, Nikki captioned a picture of herself with words that really show how dedicated she is to growing her social media career. “I feel as if my YouTube game has not been strong these last several weeks, but I’m definitely trying to put as much content up on my channel these days,” she wrote. “The goal is two videos at least per week.”

MTV is pretty good about promoting it’s reality stars, and I’m sure her coverage on the network will get her more followers. The cast of Pretty Little Mamas was seen at the MTV Video Music Awards this summer, and they walked the red carpet alongside some of the hottest celebrities in the world. For Nikki, the series has to be a huge career jump, now that Pretty LIttle Mamas is on the air, she can add “reality star” to her resume.