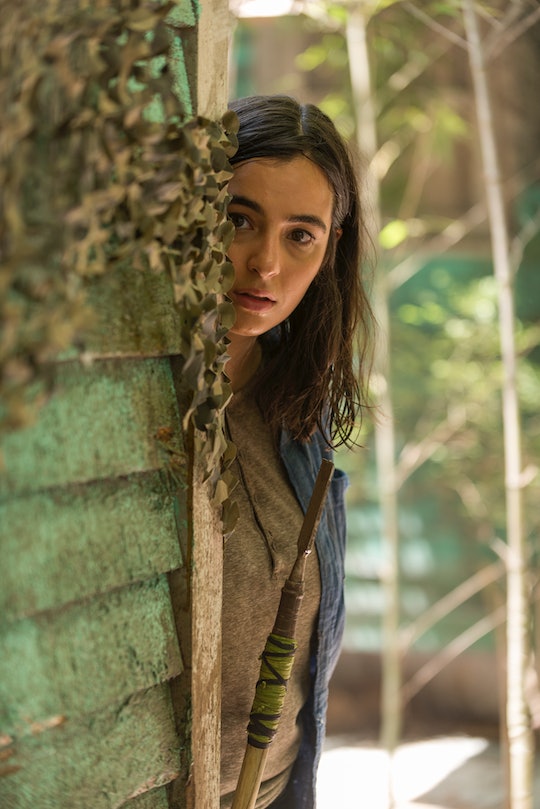 What Is Oceanside? 'The Walking Dead' Introduces Another Community

The Walking Dead has had no shortage of brand new communities in Season 7, and "Swear" introduced yet another. Not every community has been welcoming, but the newest falls somewhere in-between the murder-happy Saviors and peaceful Kingdom. The new community, called Oceanside, was discovered by Tara while she was out on her two week mission to scavenge supplies. Tara found both danger and strange kindness waiting for her there, and she eventually escaped by the skin of her teeth. So what is Oceanside on The Walking Dead?

The name of the community is fairly descriptive: Oceanside was a seaside community that appeared to survive primarily on fish, but there was more to them than that. They were highly isolated and protected, keeping their community a closely guarded secret from outsiders by shooting any strangers on sight. Oceanside was also made up entirely of women, another difference from many of the communities that have been featured so far. Their intense self-preservation made them very dangerous to anyone who crossed their path – Tara included – but their fear of the unknown was understandable. They were yet another community that had been tormented by Negan and his men, making them wary of discovery in case they were targeted again.

Tara's treatment in Oceanside would have given anyone whiplash: she was spared, then arrested, then spared again, then almost killed. The women of Oceanside tried to get her to stay with them as a form of compromise so they wouldn't have to kill her like they did all outsiders, but when Tara refused to stay they felt they had no choice but to kill her.

It was when she was escaping that second murder attempt that Tara learned the truth behind their way of life: they had once lived somewhere else but the Saviors found them, killed all of their men and male children over the age of ten, and then demanded supplies. So the remaining women left their home and set up their own highly private community with the hope that they would never be found by the Saviors again.

Oceanside did exist in The Walking Dead comics as well, but without the elaborate backstory. They were just a seaside community that Alexandria traded with post-Negan, and with whom Michonne eventually joined up with as a kind of fisherwoman-slash-pirate. They didn't seem to be quite that friendly on the show, but even though Tara promised to keep their secret, it's unlikely that their community will never show up again. They were introduced for a reason, but only time will tell if they're going to be allies or enemies.