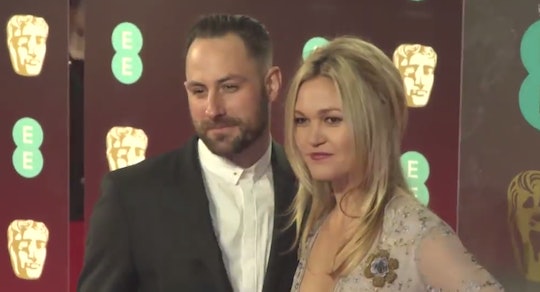 Preston J. Cook & Julia Stiles' Child Will Want For Nothing

News broke earlier this week that actress Julia Stiles is pregnant and expecting her first child. This is certainly exciting news for fans that grew up watching her starring in films like 10 Things I Hate About You and Save The Last Dance, as well as dozens of other flicks and a recent credit in The Mindy Project. With a resume like that, Stiles' little one will likely grow up quite comfortably. But fans might also be curious about the expectant mom's husband-to-be and what his finances look like. So what is Preston J. Cook's net worth and what does Stiles' fiancé do for a living?

While information about his financial status is not readily available online — his net worth is reportedly “under review” at the moment by the popular info site Celebrity Net Worth — Cook has an impressive career in the entertainment industry, primarily working behind-the-scenes in the camera department. He’s worked as a camera assistant on numerous blockbuster hits, such as Leonardo DiCaprio’s drama The Revenant and the romantic teen flick If I Stay. He’ll soon add another impressive credit to this list in the upcoming romantic comedy Overboard, a remake 1987 comedy that originally starred Kurt Russell and Goldie Hawn.

There’s no way to tell how much he’s made over his career, but it’s not likely that his bank account looks anything like his fiancée’s, who is reportedly worth $16 million as of 2017, according to Celebrity Net Worth. For Cook’s type of work, though, the salary for a camera operator on a television of motion picture set can reportedly range somewhere between $65,293 to $98,157 and as high as $115,989. Another source reports that the top 10 percent of workers in this line of work make more than $87,850, which indicates that it depends on a lot of factors.

But it's certainly not a bad gig and that's not the only perk of the job: Apparently it can also help you find love. Cook reportedly met Stiles on the set of the 2015 film Go With Me, which both he and his soon-to-be wife worked on, according to People.

Cook certainly doesn't appear to be strapped for cash in the least, as he reportedly spent a good deal on Stiles’ engagement ring. According to Hollywood Life, Cook likely paid around $35,000 for the 36-year-old actress’ rose gold diamond ring, which she showed off in her announcement of their engagement on Instagram. The couple has also taken some nice vacations together, including one with Cook's family in Isla Grande, Colombia, where he reportedly popped the question on Christmas Eve in 2015, according to Us Weekly.

Money, diamonds, and luxurious lifestyles aside, Stiles seems incredibly happy to be entering this chapter with Cook, and vice versa.

"He's just a really good man," she told TODAY shortly after their engagement. "It's a gut feeling, I guess. But the more we spend time together, the more that's confirmed. He's just really caring and attentive and a solid dude."

With two parents who have impressive and longstanding careers in Hollywood, along with what appears to be general happiness together, it's safe to say their bundle of joy will want for nothing.