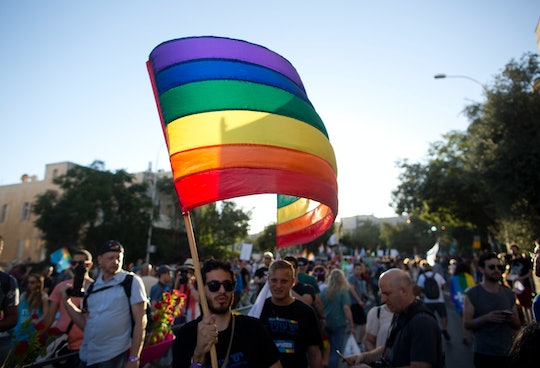 What Is Pride Month?

In the United States, June is Lesbian, Gay, Bisexual, and Transgender Pride Month (LGBT Pride Month). Each year during the month of June, members of the Lesbian, Gay, Bisexual, Transgender, and Queer community, their family, friends, and other allies celebrate diversity, work to end prejudice, and advocate for further progress. The month includes many events, with cities and towns organizing their own local celebrations. In fact, in 2011, then-President Barack Obama proclaimed June to be LGBT Pride Month, giving it its own month separate from LGBTQ History Month, which is celebrated each October.But what is Pride Month?

According to the website for the Library of Congress, Gay Pride Day was formerly celebrated on the last Sunday in June, but as local celebrations in cities across the country grew bigger, it eventually became LGBT Pride Month. The month-long celebration occurs each June to commemorate the Stonewall riots, which took place in Manhattan in 1969, according to the website for the Library of Congress. The altercation involved patrons at the Stonewall Inn fighting back against harassment by police and other forms of discrimination against LGBTQ Americans, which was quite common, according to the website for the Anti-Defamation League. The riots helped launch the modern iteration of the LGBTQ movement and led to laws against discrimination based on sexual orientation. Nowadays, lectures, marches, panels, rallies, parades, and more are all scheduled for the month of June in celebration of Pride Month.

According to GLAAD, Black Prides were first organized in the 1990s and were designed specifically to reach out to members of the LGBTQ community who are of African ancestry. There are now Black Pride events in cities across the country and Prides for other communities of color who couldn't relate to the programming of the established Pride celebrations, as well. Women-centric Pride celebrations are also becoming increasingly common, according to GLAAD. You can find more details about local Pride events on the GLAAD website.

Whether you're a member of the LGBTQ community or simply an ally, knowing what Pride Month is all about is important if you want to advocate on behalf of the community or work to end discrimination. It's also an important part of the more modern history of the United States, making the month, its events, and the reason it's celebrated significant regardless.