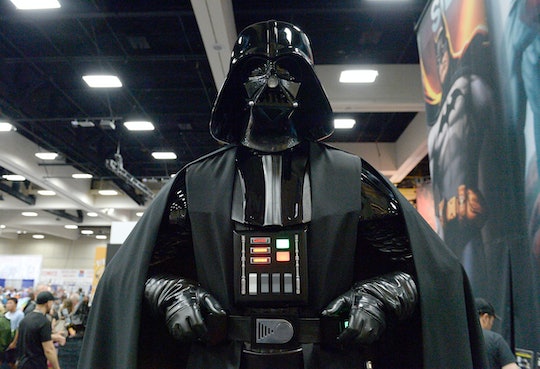 What Is Revenge Of The 5th?

According to the website Days Of The Year, because May 5 immediately follows Star Wars Day, and fifth kind of sounds like Sith, as in Star Wars: Episode III – Revenge of the Sith, diehard fans now get two consecutive days of Star Wars celebrations. On Revenge of the Fifth, you can pass over to the "dark side" to celebrate the Sith Lords of the Star Wars series. So, instead of a bunch of cosplayers dressed like Luke, Leia, Obi-Wan, and Han Solo, you will find friends dressed as Darth Vaders, Darth Mauls, Darth Tyranuses, and all of those other evil Darths from the Star Wars universe.

If you are like me, and have wondered what the term "Darth" means, you are not alone. As the website ThoughtCo explained, the etymological origins of the title Darth are unclear and disputed. Some believe that it can be a contraction of term "Dark Lord of the Sith," while other think it came from one of the Rakata words "Daritha," meaning "emperor" or "darr tah," meaning "triumph over death" or "conquest through death". In case you didn't already know, the Rakata was a humanoid species who controlled the Infinite Empire, thousands of years before the Galactic Republic.

Now that you have brushed up on your Star Wars Sith Lord history, be sure to pull out your Vader costume and enjoy Revenge of the Fifth this year, even if Revenge of the Sixth makes more sense.