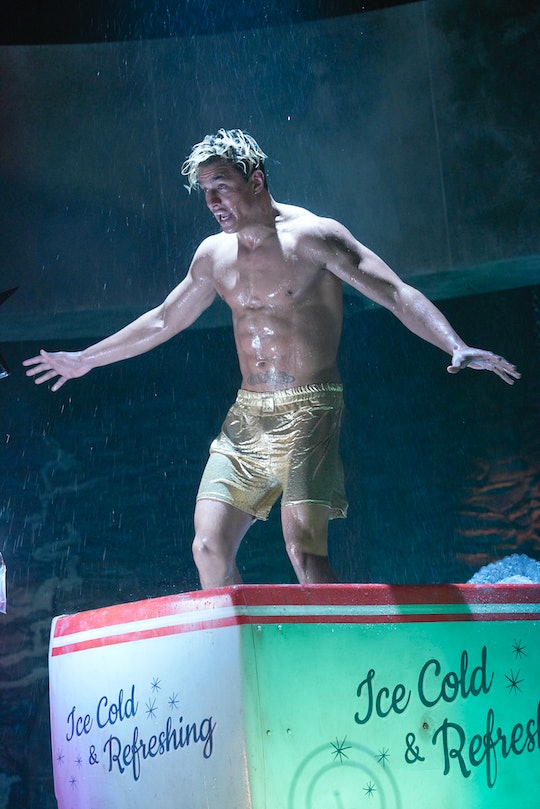 What Is Rocky's Tattoo In 'Rocky Horror Picture Show'? Staz Nair's Own Ink Shines Through

In the new FOX musical Rocky Horror Picture Show, fans are reunited with a cast of colorful characters they may have loved since 1975. Now, in the reimagined — but shockingly true-to-script — redo of Rocky Horror, new faces take to the stage and embody the characters that you can't help but but cheer on (with rice, of course). The new Rocky, Staz Nair, shines as the make-a-man Dr. Frank-n-Furter creates, but there's also something else that shines... his tattoo. So, what is Rocky's tattoo in Rocky Horror Picture Show? Well, it may or may not be intentional, but Staz Nair's own ink makes an appearance in the show.

If you're not paying close attention, you may miss it. But, if you find yourself — ahem — keeping a close eye on Nair's abs, then you're probably going to notice that there is indeed a tattoo shining right above the famous gold shorts (which don't look short enough — but that's another story, for another time). For the record, this tattoo is probably noticeable because he is shirtless for almost the entire show — as Rocky is. So, wondering what that tattoo is? Well, you might need to wonder a bit more, because while it is real, it is a little hard to decipher.

No, that's not his hair but that is his tattoo, which seems to make an appearance in Rocky Horror. It looks like letters, an "E", "L", "N", and "D", right? Strange? Yes. On brand for Rocky Horror? You betcha.

The tattoo is accompanied with many an ab, which makes it a little easier to look at while squinting and trying to make sense of what it says. For now, unfortunately, we may need to just accept the fact that this is the tattoo. We may not know what it means or what it even says. But maybe, just maybe, one day we'll be privy to the insider knowledge that is Nair's tat.

If it's worth anything, it seems like his Dothraki character didn't have the same tattoo as Rocky. Or maybe the Game of Thrones belt just covers it up a little more than the gold shorts. Either way, I'm here for it.