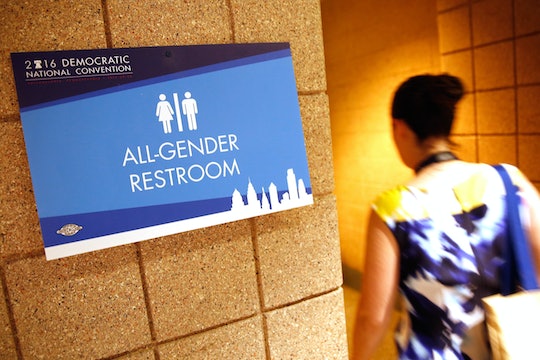 About SB 6 & Its Effects On Trans-Kids

In another setback for transgender rights, the Texas Senate advanced Senate Bill 6 on Tuesday. But what is SB 6? The divisive legislation aims to limit the rights of transgender people to use the bathrooms corresponding with their gender identity, rather than the one on their birth certificate, and it could end up becoming one of the most restrictive bathroom bills in the country.

The bill has one more vote to go before it clears the state Senate. But that vote, which will probably happen on Wednesday, will likely go along the same, mostly partisan lines — 21 for, 10 against. SB 6, which is primarily sponsored by Republican Sen. Lois Kolkhorst, requires that transgender people use the restrooms consistent with the genders on their birth certificates. This bill would apply to state government buildings as well as local government buildings. It would also affect public schools, including universities. Private businesses would not have to comply, but the bill would prevent local governments in liberal places like Austin from passing their own non-discrimination ordinances.

Although the bill seems all but set to pass the Senate, it still has to make its way through the House of Representatives, where passage could be slightly tougher. House Speaker Joe Straus has expressed that he is not a fan of the bill.

The fight hinges, as it often does in these cases, on the "safety" argument, with fans of the bill saying that it will protect women from male predators who might pretend to be transgender in order to get inside women's bathrooms and locker rooms. However, in all of the places in which anti-discriminatory bills have allowed for greater bathroom freedom over the years, there has only been one reported incident that could be construed as a predator taking advantage of a transgender bathroom bill.

Otherwise, letting transgender people use the bathroom of their choice seems more likely to decrease assault, given that transgender people face a high risk of harassment in bathrooms, whether they are being prevented from using the bathroom of their choice, or they using a men's bathroom after they have transitioned to female (or vice versa). And for transgender children and young adults like Gavin Grimm, whose case was recently declined by the Supreme Court, being forced to use a certain bathroom can take a huge emotional toll. It's heartbreaking that the suicide rate among transgender people is so high, but it's not entirely shocking, given that they are subjected to such ridicule and spectacle.

Still, these arguments were not enough to sway the Senate in Texas. Here's hoping they might have some effect on the House of Representatives.