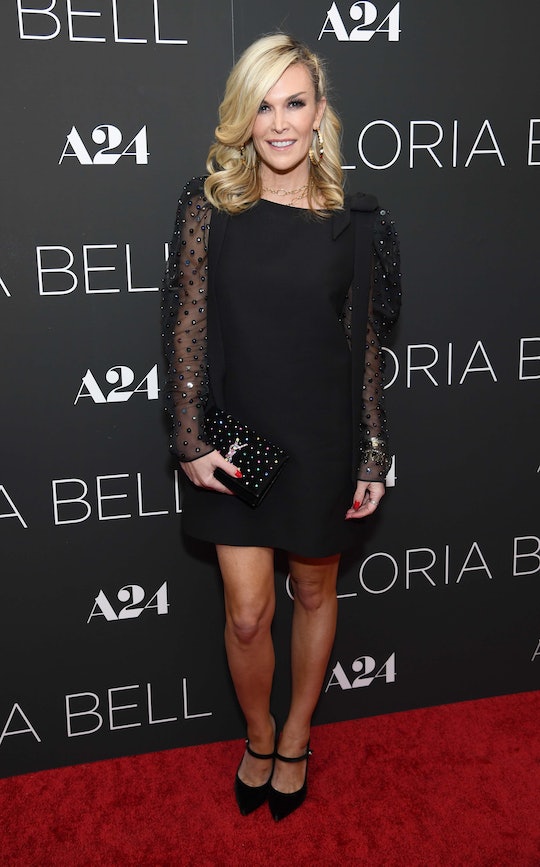 Tinsley Mortimer has had a tough time on The Real Housewives of New York Season 11. She's been struggling with her relationship with boyfriend Scott Kluth, though Scott himself has been MIA all season long. That's part of the problem: he just never seems to be around when Tinsley wants him to be. So what is he doing when he's not with Tinz? Knowing what Scott Kluth's Instagram is could give fans some insight into the rest of his life.

The trouble is, Scott doesn't have an Instagram. Or he might, but it's not available for public consumption. He doesn't appear to have any social media at all connected to his name, and if he's using a different one, then he has successfully evaded my nosy Googling. Scott seems to be a very private guy, which may be why his appearances on RHONY have diminished over the years to nothing at all. That's mere speculation, but he does tend to keep out of the public eye.

Though Tinsley is a dedicated Instagrammer, Scott hasn't popped up on her page much either. In August 2018, she posted a picture of them together, along with an all-caps happy birthday message. She wrote that she loved him "sooo much!!! [sic]" and accompanied the well wishes with a host of celebratory emojis, as well as a #LeoSeason hashtag.

They were presumably together at the time the picture was posted, because just a few weeks before that, Tinsley shared a photo of them at the Eiffel Tower in Paris. But in general, he doesn't often show up in Tinsley's pictures, and he hasn't since last year's birthday message. According to Us Weekly, Tinsley and Scott broke up in February of this year, so it makes sense that they're not all over social media together.

But Scott does occasionally show up on his friend Anne Burrell's Instagram account — as does Tinsley. You've probably seen Burrell on any number of Food Network shows, as the chef regularly judges episodes of Beat Bobby Flay or Chopped, among many others. She is also very good friends with Scott, apparently. In April 2018, Scott went with Burrell to the Culinary Institute of America's Leadership Awards; in her Insta post, she wrote that she was "beyond thrilled" to share the night with her "bestie," Scott.

Before that, in January 2018, Burrell posted about having a "Sunday Funday" with Tinsley; then in August 2018, Tinsley and Scott went to dinner with Burrell and Stuart Claxton. So it looks like Scott isn't opposed to being a guest in other people's posts, even though he doesn't take part himself. Despite the many pictures of Scott on Burrell and Tinsley's accounts, he's not tagged in any of them, merely hashtagged.

Scott may have been absent throughout this season of RHONY, which airs every Wednesday on Bravo, but he's not any more present in other corners of the internet. Scott remains something of an enigma — and it seems like he wants to keep it that way.