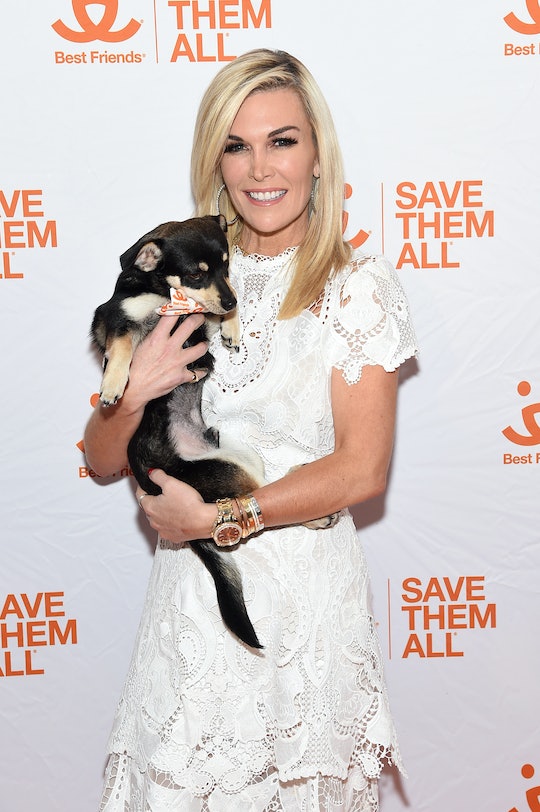 Tinsley & Scott Haven't Been Able To Make It Work On 'RHONY'

Though Tinsley Mortimer's boyfriend hasn't made an appearance on Season 11 of The Real Housewives of New York, he's still the elephant in the room. He and Tinsley are stuck in a cycle of making up and breaking up that often leaves her in an emotional tizzy. She usually attributes their relationship troubles to the fact that they live in different cities and Scott is always busy with work. But what is Scott Kluth's job? His career seems to dominate so much of his time that it's hard not to be curious about it.

Scott is the CEO of CouponCabin, a website that pretty much does what it says on the tin: it offers coupons and online discount codes for a variety of retailers. Want bonus bucks at Macy's or free shipping at Uniqlo? CouponCabin may just make your shopping dreams come true. Since Scott is the one in charge, it's understandable that he'd be busy keeping everything afloat. It doesn't help that he lives in Chicago while Tinsley lives in New York, making it more difficult to work around complicated schedules. The two aren't currently together, but People reported that Tinsley did work for CouponCabin as an account manager. It isn't clear whether she's still part of the company or not.

In 2013, Scott did an interview with A Drink With where he was able to discuss what led him down this career path in the first place. He previously worked for Sears.com, but it wasn't a great fit. He felt the corporate environment wasn't suited to his work style, especially since it had become more structured and organized as more and more people joined the team. Still, the job managed to provide him with the inspiration for CouponCabin.

One of Scott's duties at Sears.com involved ordering products from competitors to see how they were packaged and shipped. He would often find himself using coupon codes to do that, but at the time there wasn't a site like CouponCabin that had them readily available. Since he was already unhappy with his situation, he thought to himself, "Why not try and start a coupon site?"

So that was what Scott did. He was 25 years old when he founded the company, thanks to a $5k loan from his mom. At times, the going was tough, with Scott telling A Drink With that "the life of an entrepreneur is problem after problem." Despite his struggles, he was able to keep CouponCabin going strong; it's still a fully functioning site six years after the time of the interview.

One downside Scott mentioned was that his personal life did suffer because of his job. He was asked where he saw himself in 10 years and answered that he hoped he would be married with kids. "I've sacrificed too many relationships and things like that for the business," Scott said.

It's an interesting statement considering his job has gotten in the way of his relationship with Tinsley. But priorities change over the years, so it's impossible to know whether Scott feels the same about things now as he did back in 2013. Maybe he's decided that focusing on CouponCabin is the way to go. Regardless, it seems like Tinsley will have to make a decision about their relationship soon on RHONY.