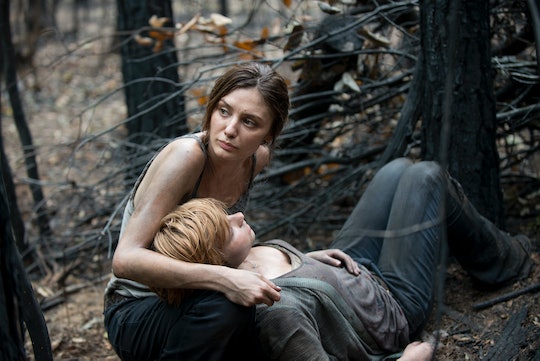 What Is Sherry's Background In 'The Walking Dead' Comics? Her Past Is Unexplored

When Sherry was introduced on The Walking Dead, viewers knew very little about her. They didn't even know her name. She was part of a group of survivors alongside her husband Dwight and her sister Tina, who took Daryl hostage and then robbed him blind. That was the last audiences saw of her until Season 7, when she was re-introduced as one of Negan's many wives. Sherry's personality has been slowly emerging during her brief appearances in the seventh season, but she's still only a supporting character with a lot of blank spaces in her history. Sherry was a character in the comics too, so do they provide any more information about her? What is Sherry's background in The Walking Dead comics?

Sherry's backstory is actually a lot more filled in on the show than it ever was in the comics, at least so far. In the comic series, nothing is known about Sherry outside of her relationships with Dwight and Negan. Where she comes from, who her family was, why she decided to join the Saviors: it's all unknown. Later she becomes the leader of the Saviors, but her position in the story is not as important as what she means for Dwight's development — something female characters are reduced to all too frequently.

On the show, even though her role is relatively small, Sherry has received more backstory. Audiences were introduced to her sister and even friends from their past who had turned into walkers; viewers understood that Sherry agreed to become Negan's wife in an attempt to protect her remaining family and survive. Her motivations become more clear with more information to go off of. Whereas Sherry's decisions in the comics were sometimes summed up as mere opportunism, on the show her actions are understandable and sympathetic.

It's not clear yet if Sherry's story on the show will follow a similar path as her comic counterpart and lead her towards becoming in charge of the Saviors once Negan is disposed of. However, it is something that could work. Despite the sacrifices she made to survive, Sherry has been shown to stand up to Negan in whatever way she can, even if it doesn't ultimately grant her much power. With the women of the series becoming stronger and stronger, Sherry could be on a journey towards leadership too.

But until then Sherry has to work within the confines of the Sanctuary just like any of the Saviors do. She has to walk a fine line between appeasing Negan and protecting herself, as well as dealing with the consequences if she stumbles on that tightrope.