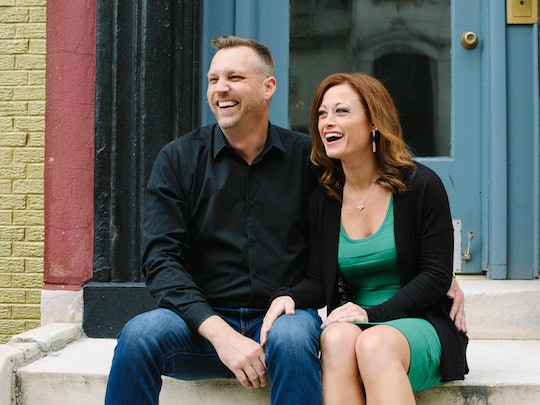 Married at First Sight airs every Tuesday night on Lifetime, but that week of waiting in between might feel awfully long to some viewers. If you're eager for updates on the four main couples, then you might find yourself poking around social media to see what they've been up to since the show ended. Discovering what Stephanie's Instagram is could shed some light on her seemingly happy marriage to AJ.

Unfortunately, there are no secrets to glean from Stephanie's social media because her account is set to private; AJ's is too. In fact, that appears to be the case with most of the cast from Season 8 of the show, which seems to indicate that they're all planning to remain quiet until the final episode airs. That way no spoilers will leak ahead of Decision Day. Viewers might have made their guesses about who will decide to stay together and who will decide to split, but the surprise won't be ruined on social media.

However, just because Stephanie's Instagram is private, it doesn't mean there's no hint of her personality in sight. In her emoji-strewn profile, Stephanie declares herself a world traveler and scuba diver, as well as a fan of the Philadelphia Eagles, the Dave Matthews Band, and craft beer. She writes that she works hard and plays hard before hashtagging Married at First Sight Season 8 with an engagement ring emoji.

Even without perusing her photos, fans can get a sense of what Stephanie likes and what she thinks is important from that brief profile. And it's a funny contrast to AJ's Instagram. Though he's got a big personality on the show and always has plenty of jokes on hand, his Instagram profile is professional and to the point: he states that he's the president and owner of the company FutureForce. In his words, it is a "white glove treatment staffing firm for small/medium businesses that gives a more finessed approach to recruiting." He also shares a link to FutureForce's website, which is currently under construction.

Stephanie doesn't share her job description on Instagram or in her Lifetime bio, but her LinkedIn has the deets. Stephanie is the Engagement Controller Manager at Deloitte Consulting, where she has worked for eight years. Her career seems to be all about finance, whether she's preparing budgets for clients, tracking revenue, or keeping an eye on profits and expenses.

Though some of the other couples on MAFS haven't entirely acclimated to their new partners and new marriages, everything has been going well for Stephanie and AJ so far. It would be more of a shock if they didn't decide to stay together than if they did. While neither of their social media accounts can give viewers clues about the status of their relationship, their connection on the show seems like proof enough.

Stephanie may continue to keep her account private after the show ends. But if she chooses to post publicly, then fans only have a few weeks to wait until they can see everything she's been up to since the show finished filming.