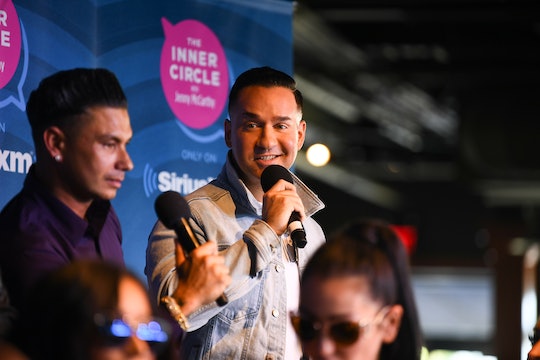 Here's Why Mike Sorrentino Is Currently In Jail

Mike "The Situation" Sorrentino, best known for cavorting around various locales with his Jersey Shore cast mates, is currently in jail. He's serving an eight-month sentence for tax evasion, according to People. But what is tax evasion, exactly? There are quite a few tax fraud felonies out there, but what did Mike do that led to his time behind bars?

Cornell Law School defines tax evasion as "using illegal means to avoid paying taxes." Usually, this involves a person or corporation misrepresenting their income in one of the following ways: they might underreport income, inflate their deductions, or conceal money in offshore accounts. According to H&R Block, if you don't file a tax return at all, that could also be considered tax evasion. But underreported income is usually what draws the IRS's attention, per H&R Block's evaluation. Someone might neglect to disclose the sale of a business, or the income they receive from a second job. But making false statements or hiding records can also be a red flag.

NBC News reported that Mike and his brother Marc Sorrentino were first indicted on tax offenses and conspiring to defraud the United States in 2014. A year later, Mike's accountant Gregg Mark confirmed that he had filed false tax returns and defrauded the government out of "$550,000 to $1.5 million in tax revenue," according to NBC. Then in 2017, charges of tax evasion were added, because the Sorrentino brothers had been creating businesses based on Mike's reality TV success but did not pay tax on the income he received. Per NBC News, he earned $8.9 million between 2010 and 2012, but did not pay the required tax on it.

But that's not all. The United States Department of Justice detailed Mike's indictment and revealed that he didn't file a personal tax return in 2011. Instead, he filed a false corporate return for the company Situation Nation and concealed his cash income. Mike then deposited $10,000 into different bank accounts on the same day so that he could avoid the banks' reporting requirements, the indictment states. If the deposits exceeded that amount, the banks would file reports with the U.S. Treasury.

According to CNN, Mike pled guilty to tax evasion and concealing income in January 2018. He was sentenced to eight months in jail, as well as two years of supervised release and 500 hours of community service. He also had to pay a $10,000 fine. Forbes reported that his brother Marc pled guilty to one count of aiding in the preparation of a fraudulent tax return; he was sentenced as well, receiving two years in prison and a fine of $75,000.

Lest you start to feel bad for Mike during his prison sojourn, rest assured: Entertainment Tonight reported that he was doing very well and handling his sentence with positivity. How great for him. And since he turned himself in in January of this year, his eight months are almost up.