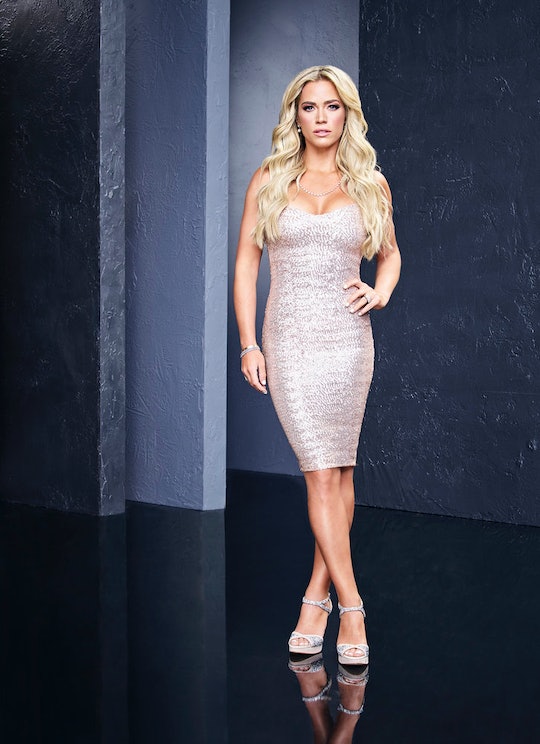 The Newest 'RHOBH' Star Is Making Some Serious Bank

I'm about 90 percent sure that the Real Housewives exist for the sole purpose of making me wish I had enough money to casually buy a single piece of jewelry worth $50,000. And while I'm pretty well-acquainted with most of the Housewives estimated riches, what about the latest newcomer to RHOBH? What is Teddi Jo Mellencamp's net worth? As the newest woman to join this auspicious group of the absurdly rich and successful women, she's got to be doing pretty darn well for herself, right?

Well for starters, Teddi is the daughter of rock icon Johnny Cougar/Johnny Cougar Mellencamp/John Mellencamp who wrote "Jack and Diane." (And now that song is stuck in your head, as it is in mine, for approximately the next 100 years. I'm so sorry.) As the daughter of rock royalty, there's a pretty good chance that Teddi at least started off with a pretty decent chunk of change. That being said, she definitely works hard to achieve her own success in life, with her own business and a husband who's the CEO and founder of his own successful company. Sadly, none of this success is from singing and songwriting. (Skip to 2:29 to see a baby Teddi performing in a video with her dad. It is beyond adorable and will give you all the feels.)

Unfortunately, hard as I have looked, I have not been able to find an estimated net worth for Teddi herself. Her father, John Mellencamp has an estimated net worth of $25 million. While it's possible he could have gifted her some of his fortune, there's no telling whether his success has contributed quite that directly to the current state of her bank account. That being said, it's something to consider when wondering about just how many Birkin bags Teddi will be carrying around as a part of the Real Housewives of Beverly Hills cast.

What I do know is that she's not resting on her famous father to carry her in her life. According to her Bravo bio, Teddi's passion for fitness and helping others inspired her current profession, which is Fitness Influencer and Accountability Coach at her company LA Workout Junkie. This is not a certified trainer or nutritionist; instead, Teddi's company inspires clients to stick to their goals through daily check-ins and other forms of encouragement. As a pretty unique profession, I haven't been able to nail down an accurate estimated salary for this position. I don't even know exactly how much such a service might cost. Especially considering the fact that Teddi is the founder of this company, her salary will necessarily be larger than her employees.

From her Instagram account, it's clear that Teddi earns at least a portion of her income from sponsored posts. Depending on the number of followers an influencer has, this can be a way to make some serious bank. According to Forbes, an influencer with millions of followers can make up to hundreds of thousands of dollars for a single post. With a tidy 27.1 thousand followers on her Instagram, Teddi is probably making a few thousand dollars per post. Not a bad way to bring in a little extra cash.

I don't know if Teddi and her husband Edwin Arroyave have combined their finances or not, but many married couples do. If this is the case, then Teddi can add Edwin's income as the CEO of Skyline Security Management to the final tally for her ultimate net worth. So no, I don't know a precise number. But let me assure you folks, it is higher than most mere mortals. As I am sure we're all about to witness on Real Housewives of Beverly Hills. I cannot wait.