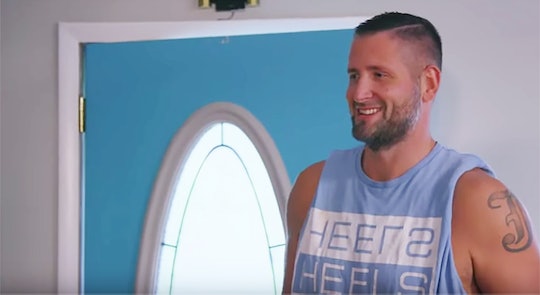 Leah Messer's Boyfriend On 'Teen Mom 2' Has An Impressive Career

At the start of Teen Mom 2 Season 9, viewers were introduced to Leah's boyfriend, Jason Jordan. While fans already have some insight into the relationship, there are some lingering questions concerning Leah's boyfriend's job. So, what does the dad-of-one do for a living? As it turns out, Jason is an established professional in the medical field.

Leah has been dating Jason since spring 2018, making it one of her longest relationships following her divorce from Jeremy Calvert in June 2015. And now that the two are an established couple, some fans are growing curious about Jason's background.

Similarly to Leah, Jason lives in West Virginia and he's a parent. Jason is dad to a son named Rylan, but the little guy has yet to appear on the show for privacy reasons.

Oh, and did I already mention that the dad has reportedly been married twice? Jason wed Laura Runkle in May 2007, and seven years later, he said "I do" to Erica Morrison. If Jason married Leah, it will be the third marriage for both of them.

As for Jason's professional life, he works in medical sales, according to The Ashley's Reality Roundup. Leah mentioned on-camera that Jason's stable job is something she particularly admires about him.

Another quality Leah likes about Jason is his older age. The two share a 13-year age difference, which supposedly adds a level of maturity to their relationship.

"If I date someone my age, they don't get my life," she said in the TM2 Season 9 trailer. "They don't understand three kids. They don't want any part of that, actually."

Jason has also proved himself to be a reliable partner, which fans witnessed in an earlier episode of TM2 when he came over to help Leah with her flooded house.

"I'm glad you're here ... I really appreciate it," Leah said in praise of Jason's dedication.

To make matters even better, Leah's ex-husband, Corey, approves of the relationship. "He seems like a nice guy," he said about meeting Jason for the first time. He seems pretty good with the kids. Kids like him, it seems like. It's important to know that the girls are a in safe, stable environment."

There's a good chance the meeting went smoothy because the two share a mutual passion for hunting. "It wasn't awkward — I don't know why it wasn't," he said about the conversation. "Plus he hunts, I hunt. We talked about that. As long as it's a happy, healthy relationship that the kids are around, then I'm all for it."

Jason feels the same way about Corey, who he praised during a conversation with Leah. "I think Corey is a nice guy. It's not awkward with him," he said. "I don't know Corey, but I have respect for him just because he takes care of his children. To me, Corey is a good man, he works hard, and he takes cares of his kids."

To recap, Jordan has a stable job, a mature rapport with Corey, and he's there Leah whenever she needs him. Translation: it sounds like Leah bagged herself a catch.