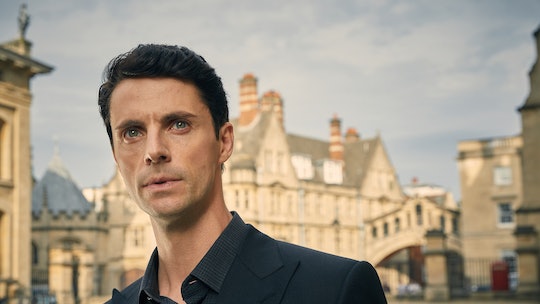 The book itself was inspired by Harkness's work as an academic historian of science, where she studied 17th century — when, as her novel said, "astrology and witch-hunts yielded to Newton and universal laws." Harkness, a professor at the University of Southern California, began as she stood in an airport bookstore and "realized that fantasy novels were everywhere," according to MTV News. From there, it expanded into asking herself questions about what vampires and witches might do to meet each other, and what kinds of jobs they might have and thus, A Discovery of Witches was born in its earliest stages. The quest within the book begins the mystery Diana is to unravel as she searches for a missing, magical manuscript, Ashmole 782. Locating it would give her answers as to why some things are dying off (like vampires), and more.

As for that Ashmole 782 thing — Elias Ashmole was a bibliophile, collector, and student of alchemy. According to the Bodleian Library at the University of Oxford, Ashmole's collection is historian-focused, strong in "hereldry," and "Middle English and seventeenth-century poetry." That aside, Ashmole's original documents include Institutions, Laws and Ceremonies of the Order of the Garter (1672) — something still referred to as great research. All of this is important to note, because in A Discovery of Witches, it's that Ashmole reference that sets everything in motion. So yes, it looks as though Harkness's academic work aside, there is some truth to other pieces of content in the book.

Knowing the foundation from where some of the story stems may help you dive further into Diana and Matthew's world. When you get into the nitty gritty of what the book and series are about, you meet Diana as she's working in Oxford’s Bodleian Library where she comes across the magical manuscript, but isn't entirely sure if the book is cursed or if it's her witchy ways (which she denies). But there are others who want to know what she found and you'd better bet they're coming after her.

This, of course, is when Matthew comes along to help Diana figure this mess out, despite the longstanding beef between vampires and witches. They're relationship evolves into something more, making an already complicated situation that much more complicated. The first series is based on Book 1 in the trilogy with two more seasons to follow along with the remaining books. All of this to say, when you discount Harkness's professional experiences and Ashmole findings, A Discovery of Witches book is pure escapism and not based on anything other than a fantastical world created by Harkness.

With A Discovery of Witches gearing up to take over your TVs and DVRs, you might feel compelled to grab the books to get a head start. Or, if you've already read them, you're on alert as to what may, or may not, have been changed through the book-to-TV adaptation. Either way, it doesn't matter what the book is based on if it's entertaining. Besides, cozying up with a vampire and witch sounds like the perfect date night and chill, if you ask me.