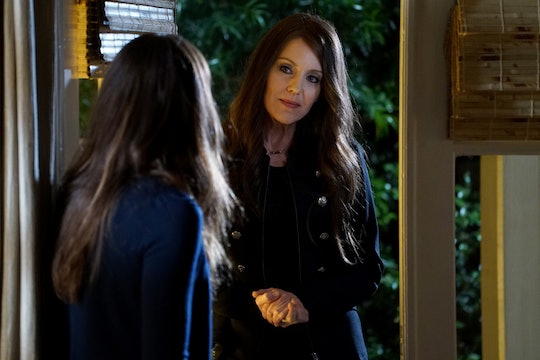 What Is The Carissimi Group On 'Pretty Little Liars'? The Company Remains A Mystery

Since Season 5 of Pretty Little Liars, the Carissimi Group has been a point of mystery for PLL fans, amongst other things. We first heard the name when the company bought Radley Sanitarium right after the Liars' escaped from Charles' dollhouse. It also gave Hanna a college scholarship. In Season 6 it became clear that the DiLaurentis family play a huge role in the company with Jason having a minor stake in the company and running the day-to-day operations, Alison having a 51 percent share, and Jessica being the one who sponsored it. But what is the Carissimi Group exactly and why are Mary Drake and Elliot so interested in it?

It's obvious that Mary and Elliot want to take control of Alison's share of the Carissimi Group so they can get the money. It's why they made Alison believe she was crazy, which led her to check herself into the psychiatric hospital. After Charlotte died, her money went to the Carissimi Group and, through the group, it is now being used to "help people." Therefore it would seem the group is actually a charity, which makes sense since they did give Hanna a scholarship. But the group was also where Charlotte kept her vault and high tech stuff, so it's totally possibly that there's more to the group than just money.

So what else could the Carissimi Group be hiding? And who else is involved in the group? If Alison only has a 51 percent share and Jason has a small share, who has the rest? Could it possibly be in the hands of Alison's father, Kenneth? This seems unlikely since Kenneth was highly opposed to Charlotte and is the main reason why she ended up in Radley. It would seem odd that the two shared the Carissimi Group. Plus most fans believe Jessica started this group specifically to help get money to Charlotte without Kenneth knowing.