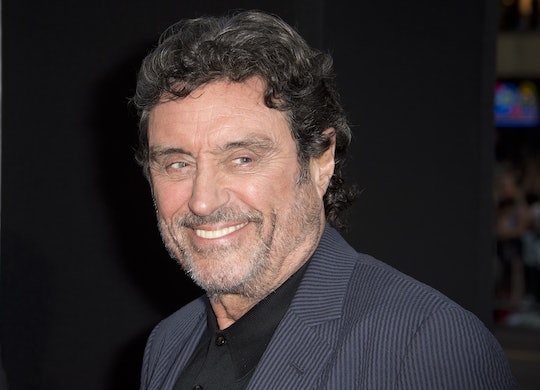 What Is The Elder Brother Building On 'Game Of Thrones'? He's Working With A Familiar Face

Episode 7 of Game of Thrones Season 6, "The Broken Man," opened with a flurry of activity. Men, led by actor Ian McShane playing the Elder Brother, were building some kind of structure, but it was just the bare bones. So what is the Elder Brother building?

At the start of the episode, it remained to be seen exactly what kind of structure they were building, but it had the vague shape of a building, with what looked like a tall spire. The workers were cheerful, the Elder Brother especially so, and even without having insider knowledge of his book character, there were enough context clues to get a hint of what was going on. The Elder Brother was dressed in loose, unpretentious clothing but around his neck hung a golden pendant in the shape of a seven pointed star – the sign of the Faith of the Seven.

That, combined with the pendant and the spire, made it seem like the Elder Brother was overseeing the building of a church. While the location is unclear to non-book readers, it shows the spread of the Faith throughout Westeros fairly clearly. And what was even more interesting? The Hound was shown among the workers – proving once and for all that he isn't dead.

In the books, the Elder Brother is a monk living and working on the Quiet Isle, which is a refuge for the Faith of the Seven. It's a tranquil place where men can come to atone for their past sins, so it's understandable how the Hound might have found his way there while recovering from his wounds. It isn't confirmed in the books that the Hound is residing on the Quiet Isle, but it's been a long-held theory, making this just one more reveal the show just happened to get to first.

It's not certain on the show if the Elder Brother and company are in fact on the Quiet Isle; it looks very pleasant and peaceful there, but the community also seems fairly new. There aren't a lot of them, and the only building in sight in the unbuilt temple, which remains unfinished by the episode's end. There are also women in the group, and the Quiet Isle is populated only by men seeking atonement.

Those changes, however, are relatively minor. The important information is still relayed: this is a safe place where the Hound has found some form of peace, and he found it through religion. That peace is destroyed by the episode's end and the Elder Brother is left hanging in the temple that was never completed.

It just proves that on Game of Thrones, no peace can last for long.