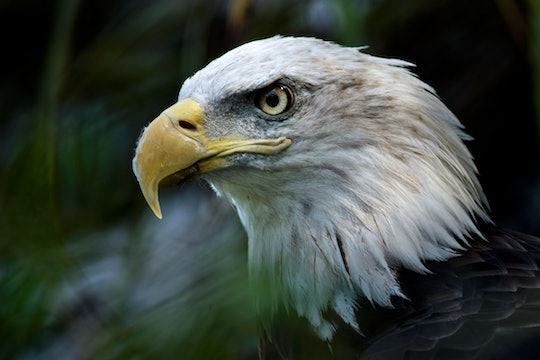 The GOP's Next Target: The Endangered Species Act

Decades of conservation efforts and legislation might be gutted by an influx of Republicans, with House Natural Resources Committee Chairman Rob Bishop saying that he, personally, "would love to invalidate" the Endangered Species Act this week. But what is the Endangered Species Act, and what influence has it had in preserving the environment? More importantly: Why are Republicans so dead set on destroying it?

Passed in 1973, The Endangered Species Act "protect[s] and recover[s] imperiled species and the ecosystems upon which they depend." Dubbing the species of plant or animal as either "endangered" or "threatened," the government attempts to avoid the species' extinction. The bald eagle's resurgence in 2007, for example, was due to its protection under the act.

But ensuring the survival of native species could no longer be of value to the incoming administration and its congressional majority. Insisting that the Endangered Species act "hinders drilling, logging and other activities," Bishop asserted that the act "has never been used for the rehabilitation of species. It’s been used for control of the land." Thus, Republicans reportedly hope to change the act's influence, limiting the number of species that can be protected by the act.

The argument for the act's ineffectiveness stems from the belief that "seemingly endless litigation ... offers federal protection for species long after government biologists conclude that they have recovered," Matthew Brown and Matthew Daly for the Associated Press reported this week. Essentially, species remain on the list after they're no longer endangered, frustrating many.

Currently protecting 1,600 species, the act has prevented 99 percent of extinctions, according to claims by advocates and senior Obama administration officials alike. Still, it appears that various forms of development could win out as the higher priority in a GOP-dominant government. Developmental limitations due to the protection of wolves, Canada lynx, lesser prairie chickens, and salmon have all caused tensions surrounding the law to mount.

The AP also summarizes that, according to J.B. Ruhl, a Vanderbilt University law professor who is also considered an expert on the act, "by striking a few key words from the law, it could be transformed from a tool to protect huge areas of habitat for imperiled species into little more than limits on hunting for protected animals." Ultimately, Ruhl advocates for the preservation of the act, saying that "there's a lot of evidence that some species are conservation-reliant;" Though many species have remained in existence, that very existence could depend on constant protection by the act.

Between the GOP's promises to repeal Obamacare, President-elect Trump's need to build a wall between the United States and Mexico, and plenty of other economic policy reforms, it would seem that invalidating the Endangered Species Act wouldn't be high on the list for Republicans. Even still, environmentalists and Democrats alike are upset by the apparent disrespect for the environment, and are definitely worried about what tone an invalidation will set for similar issues to come.