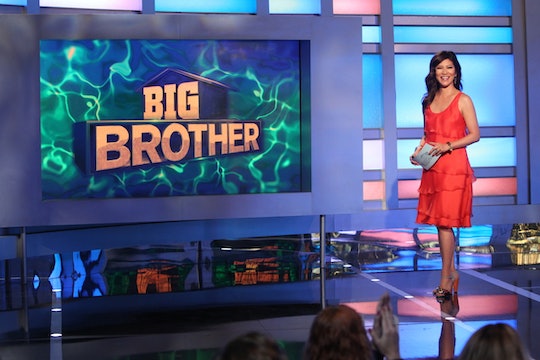 The Halting Hex Will Be A Game-Changer On 'BB19'

Whether or not the Houseguest is on the block, they can halt any of the next four evictions during the live show, making it a non-eviction night. Therefore, for that night no one would be evicted, which could save the Houseguest if they're put up for eviction or save one of their allies if they know the vote won't go their way.

That's a lot of power and could easily mess up a lot of people's strategies, especially the Head of Household that planned to get out a target that week. Additionally, because the Houseguest gets to choose when they use the temptation, it could potentially keep them safe for the next four weeks.

However, once a Houseguest is tempted, they can't be tempted again. That means Paul and Christmas are out of the running to receive this nomination, not that they really need it since they're on the side with the power in the house.

So who does need the temptation right now? Ramses probably needs it the most. He used to be aligned with Alex and Jason, but ever since Kevin was able to convince the house that it was Ramses who flipped his vote and voted Jillian out, Ramses has been on the outs with pretty much everyone. And then there's the fact that he came in second for the POV competition when he was supposed to tank it. However, the fans don't really seem to like Ramses either, so it seems unlikely he'll win the temptation.

Alex could also use the Halting Hex. Though she doesn't seem to be anyone's immediate target right now, she's definitely on a lot of people's radar. It's pretty much her and Jason against the rest of the house at this point and this temptation could help Alex keep herself or her only ally safe. Does Alex have enough fans to actually win this temptation though? It's hard to say. She definitely has a decent following and even last season's winner, Nicole Franzel, is rooting for her. But is that enough. Fans will just have to wait and see when the temptation is revealed.