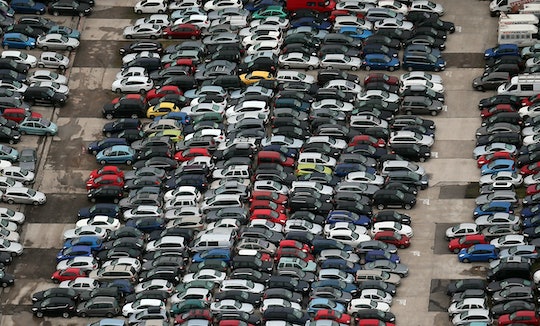 The HOT CARS Act Could Save Lives

As all parents know far too well, summertime is a bittersweet thing. Having kids home from school allows for more fun times and family vacations. But, the summer — as glorious, relaxing, and exciting as it usually is — also means climbing temperatures. And with this heat comes added danger. As the weather begins to warm, the number of hot car deaths will also rise — but now, one new piece of legislation is attempting to keep that number down as much as possible. So, what is the HOT CARS Act? And will it work to prevent more tragedies?

Introduced in the United States House of Representatives last week, the new legislation would "require that cars be equipped with visual and audio alarms to remind drivers to check the back seat once a car has been turned off," according to an NBC affiliate in Washington, News4. Over 720 children have died due to heat stroke from being left in hot cars since 1991, the prevention group "Kids And Cars" notes, and this latest act introduced in Congress is trying to stop the numbers from rising. By ensuring that parents receive an alert when they accidentally leave their children in the vehicle, the HOT CARS Act could reduce the number of fatalities and spread awareness about the horrifying dangers of hot cars in general.

The bill is part of a bipartisan effort to lower the number of child fatalities due to hot car deaths across the nation. While overall awareness of hot car safety definitely rises in the summer, "Kids And Cars" notes that "Children have died from heatstroke in cars in temps as low as 60 degrees," meaning the issue of the HOT CARS Act is a year-round concern.

Even though it may be easy to shrug your shoulders and say, "Well, I would never forget my kid in a car," that's much easier said than done. As the parents of a 21-month-old hot car victim told News4, regarding the proposed alarm technology, "If that that been around, with me, I know it would have changed -- my son would be here."

There's nothing easy about having kids these days, especially when it seems that dangers are lurking in every corner. Thankfully, Congress is finally tackling the problem head on, and this latest piece of legislation should, if passed, provide nervous parents with a sense of relief and a reminder if they too slip up.