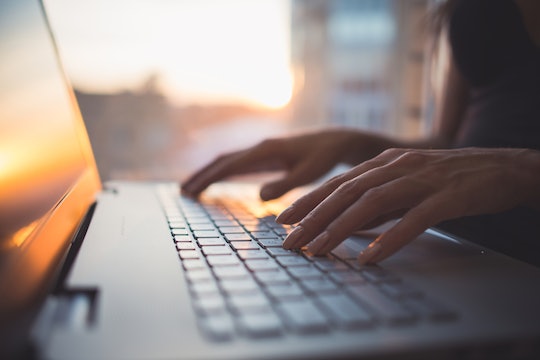 How To Play The How Hard Did Aging Hit You Challenge

When you look in the mirror from day to day it can be hard to see aging creeping up. That’s why we have social media, to remind us that nobody is immune to the ravages — or gifts — of time. But what is the how hard did aging hit you challenge that’s all over Facebook? It's one of the first viral sensations of 2019 and it's certainly a creative one.

The idea is to post side-by-side photos of your first-ever profile picture and your current one, and to see how much you’ve changed. Since Facebook really boomed around 2008, for many people, those photos are showing a decade's difference or more. The challenge has since progressed to other platforms like Twitter and Instagram, according to Fox 8 News, Cleveland's Fox affiliate.

For most of the people in my peer group, the changes aren’t too noticeable in photos. Unless there’s been huge weight loss or gain, or someone grew a beard, we’re at that age where the changes are things like fine lines that don’t show up well in most profile pics. But for many other people, the difference is really significant.

One New York police precinct posted a set of photos of an officer when he was just a child dressing up as a cop, and now serving in uniform as an adult.

The New York Daily News noted that for millennials, this wave of nostalgia has been particularly meaningful, since many are at the age where they’re getting married and having kids. Some organizations have even gotten in on the fun. The Colorado Rockies posted photos of centerfielder Charlie Blackmon that show him as a clean-shaven rookie and currently sporting a beard that could be hiding small animals.

And according to Fox 8, some people have even taken to showing how hard — or well — aging has hit their pets.

One writer, a blogger who goes by Rhiyaya, felt philosophical about the challenge, pointing out that it’s not a challenge to click a few times and find an old photo on your profile. The challenge, she wrote in a post on Facebook, is "facing yourself as you age."

"We post these photos and talk with reverence about ourselves way back when — but the flip side is that we are supposed to mourn what we have become," she wrote. "But also, look at how much more self-aware you are now than you were in that first profile photo. Let's not think of it in terms of how aging has hit us, but rather in how much we have grown."

That’s an inspired idea, and one that is the real challenge underlying this viral craze — recognizing that aging isn’t really about your face, it’s about your heart.