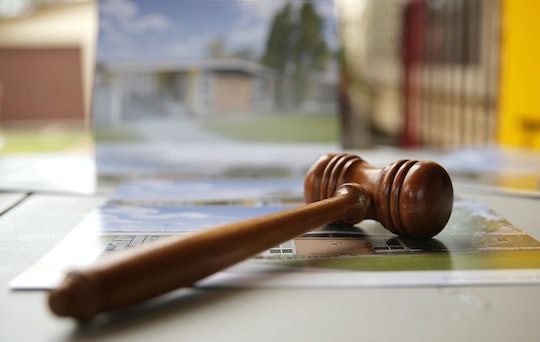 What Is The Indian Child Welfare Act? The Obscure Federal Law Is Now Steeped In Controversy

The case of Rusty and Sunny Page and their foster daughter, Lexi, has caught international attention. After living with the Page family for more than four years, Lexi left the Pages' home on Monday and was sent to live with her extended family in Utah thanks to an obscure federal law. So what is the Indian Child Welfare Act, and why did it allow Lexi to be returned to her extended family?

At the time of its inception in 1978, Congress had good reason for enacting the law, which supersedes state adoption laws. It was an attempt to right just one of the many atrocities visited upon Native Americans by the United States government. Beginning in the 1870s, according to NPR, Native American children were sent to government-run boarding schools, where the primary objective was "civilizing American Indian students, not educating them." And of course by "civilizing," they meant "assimilating them into white culture." At these schools, the children were subjected to abuse and erasure of their culture, they were renamed, their heads were shaved, and their languages were forgotten — all while the government was still at war with their tribes back at home. Some children were sent willingly, as they weren't accepted in public schools, while others were taken forcibly by the police.

In order to preserve Native American culture and act in the best interests of the Native children, ICWA was drafted with the intent to "protect the best interests of Indian children and to promote the stability and security of Indian tribes and families." The provisions give tribal courts jurisdiction over the adoption of children who live on reservations, and tribes must be notified of any custody proceedings involving children who live off the reservation, but are tribal members. Children covered under ICWA are required to be placed either with a member of their extended family, a member of their own tribe, or, failing that, a foster home that is approved by the child's tribe.

Unfortunately, even the best laws can be incorrectly applied, or even abused for nefarious reasons. A Newsweek article highlighted a case before the Washington Supreme Court wherein a Native American woman and a non-Native man had a baby, and the father’s parental rights were terminated. Seven years later, the child's non-Native stepfather wanted to adopt the child, but the biological father invoked ICWA to block the adoption. Again, this man was not even Native American himself.

A more well-known case made it all the way to the United States Supreme Court: Adoptive Couple v. Baby Girl, also known as the Baby Veronica case. In this case, Veronica was put up for adoption before she was born, after her biological father told the mother that he refused to pay child support and relinquished his parental rights. She was adopted at birth, and then, when she was a little over 2 years old, her biological father changed his mind and used the fact that Veronica was 3/256th Cherokee to invoke ICWA and take her from the only home she'd even known, according to Jezebel. The Supreme Court eventually ruled in favor of the girl's adoptive family.

The Washington Post also detailed some cases where ICWA caused children to be placed in homes where they were ultimately killed, the details of which I won't recount here because they're far too disturbing.

The heart of the matter is that, although well-intentioned, the way ICWA was written is far too broad, and too often does not serve the best interests of the children it was meant to protect. It puts the rights of the tribes ahead of the rights of the kids, all too often to their detriment. (This is not to say that the law is being abused in Lexi's case. Whether her foster parents have her best interests at heart is being heavily debated by Lexi's attorney and by the foster care community.)

State laws require the best interests of the child to be considered in adoption cases, and federal law prohibits racial discrimination in adoption. ICWA, for better or for worse, trumps both of those laws. Perhaps it's time to rethink that.