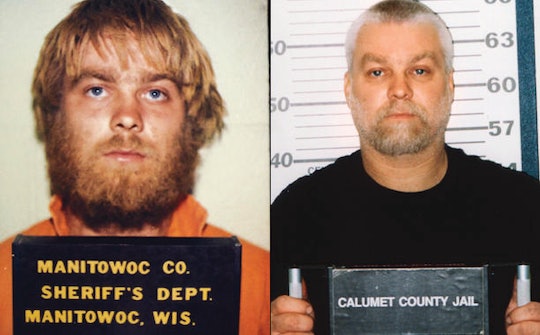 What Is The Innocence Project? Without Them, Steven Avery's Story Might Not Have Made It To Netflix

Netflix's new documentary Making A Murderer has raised questions about many aspects of our criminal justice system. But if it hadn't been for The Innocence Project in Wisconsin, the hordes of viewers now obsessed with Steven Avery's case may never have even heard of him. In fact, some of the most important aspects of Avery's story started long before he was ever put on the stand for Teresa Halbach's murder.

After DNA tests proved that Avery was innocent of a 1985 sexual assault charge that had put him in behind bars for 18 years, the Manitowoc resident was exonerated in 2003, thanks to the work of the Wisconsin branch of The Innocence Project — a national organization that's dedicated "to exonerating wrongfully convicted individuals through DNA testing and reforming the criminal justice system to prevent future injustice", according to the group's official website.

More specifically, The Innocence Project doesn't just try to get any criminal who claims they're not guilty out of jail — rather, their cases are usually centered around issues with DNA testing. When Avery was wrongfully imprisoned for the rape of Penny Ann Beernsten back in 1985, the jury made their verdict based on just an eyewitness account. Subsequently, after a few appeals, the Innocence Project finally took up his cause and the group was able to test hairs found at the crime scene for DNA. (Originally, only DNA from under Beernsten's fingernails were tested.) As anyone who's watched the now-popular Netflix show knows, they were successful in proving Avery's innocence.

On Jan. 8, the group announced that it would be taking up Avery's murder case as well.

There are at least a few things you should probably know about The Innocence Project to understand why the group took up Avery's case (both in 2003 and 2016):

Founders Scheck and Neufeld knew in the early nineties what Making A Murderer makes glaringly obvious: Sometimes the criminal justice system doesn't work. For The Innocence Project, it's about keeping up with DNA technology. In fact, Avery will only be able to get a new trial if new evidence is discovered. That could mean better EDTA testing of the blood found in Halbach's car — the same samples that sort of sealed his fate at his last trial.

Avery's new defense lawyers this time around are Chicago based Kathleen T. Zellner and the legal director of the Midwest Innocence Project, Tricia Bushnell. So while it looks like they're coming in skeptical (at the very least), it's still possible that The Innocence Project could help Avery out once again.