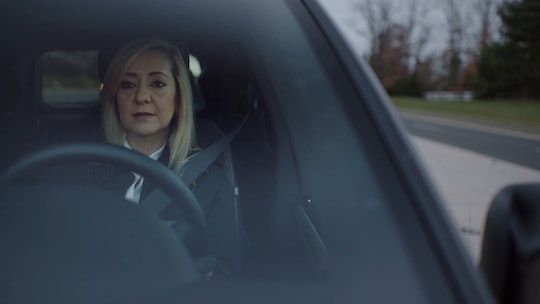 The trial of Lorena Bobbitt, a woman allegedly raped and abused by her husband, who subsequently cut off his penis, was treated less than kindly by a male-dominated media when it happened in the early '90s. Jordan Peele's new Amazon Prime docuseries Lorena reexamines the case in a post-#MeToo media landscape, but viewers may be wondering about the circumstances of Lorena's acquittal. What is the irresistible impulse defense and how did her team of attorneys deploy it successfully?

According to Cornell Law School's Legal Information Institute, under the irresistible impulse test, "the defendant will be found not guilty by reason of insanity if they can show that as a result of mental disease or defect, they could not resist the impulse to commit the crime of which they are accused, due to an inability to control their actions."

In other words, it's a type of insanity plea which argues that the defendant cannot control their actions as the result of a mental disorder, and therefore, they cannot resist the impulse to commit the crime they're charged with. According to the Washington Post, Lorena's legal defense team argued that she had suffered physical and emotional abuse at the hands of her husband, John Bobbitt, including sexual abuse and marital rape. "Her attorneys maintained that she had a brief psychotic breakdown, brought on by years of spousal abuse," the Post reported, "and could not resist the impulse to maim her husband."

After a seven-and-a-half hour deliberation, per the Post's reporting, the jury ultimately sided with the defense, and found Lorena not guilty of malicious wounding. She was remanded to the Petersburg's Central State Hospital, where she spent 45 days before being released, according to Time. John's trial, which had concluded three weeks prior, according to the New York Times, also found him not guilty of marital sexual assault, the only count on which he'd been charged. "Mr. Bobbitt was charged with marital sexual assault because under Virginia law rape applies only to couples living apart or if the victim is seriously physically injured," the Times reported.

The saga has often been compared to a real life soap opera in media accounts and the trailer for Lorena even shows tabloid headlines branding the then-24-year-old immigrant a "hot blooded Latina." (Lorena was born in Ecuador and raised in Venezuela before coming to America three years before marrying John, according to the New York Times.) Although now, the case is a compelling study on media's history of misogyny and racism, its graphic and violent details did little in the way of encouraging the American public to take it seriously. Lorena became a late-night comedy punchline, a cautionary tale about the lengths to which a scorned wife will go for revenge.

After the trial, Lorena reverted back to using her maiden name of Gallo and moved in with her mother, returning to work as a manicurist and doing her best to live a quiet life. Now in her late 40s, she still lives in Virginia with her partner of over 20 years and her young daughter, according to Time. She also runs the Lorena Gallo Foundation, which focuses on domestic abuse issues, and volunteers at shelters for victims of domestic violence.