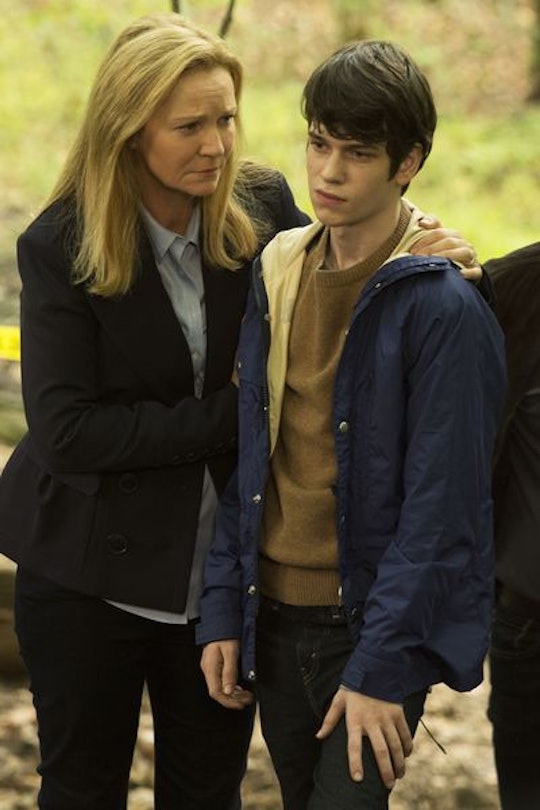 What Is The Key Adam Finds On 'The Family'? It's Just One More Secret The Boy Has

I'm not totally convinced that Adam on The Family is the real Adam Warren. There have been many things that lead me to take Danny's side in the whole "Is this really Adam?" mystery, and now there's just one more reason to be skeptical. On Sunday, Adam returned to his hostage site. It was a very heavy scene, but it was also revealed major clues in finding the man who took Adam 10 years ago. While in the bunker, if you will, Adam laid in his old "bed," and finds a key. So, what is the key Adam finds on The Family, and is it something he was looking for or was it something he stumbled upon?

Returning to the bunker where Adam was kept for 10 years was not easy. Claire couldn't even go down into the bunker because she was so overwhelmed with emotions. And that was OK, because Adam actually asked to spend a little time alone in the bunker. It was then that he returned to his old bed, removed a brick from the wall next to his body, and pulled out a key behind the brick. Then he just looked at it, mysteriously, because that's what this kid does best.

So, what's the deal with this key? At first, it seemed like Adam didn't know what he was finding, but then you realize that he asked people to leave the bunker for this key. If he didn't, then that's a huge coincidence. What does this key mean?

You can't help but feel skeptical of this key. What does it unlock, and why doesn't Adam want other people knowing he has it? Right now, it seems like Adam's identity is his big mystery, so perhaps the key has something to do with that. Or, maybe the key would help reveal who really kidnapped Adam. Either way, I don't know why he would keep it a secret from his family and how he thinks he's going to be able to go about using it. His family is constantly keeping tabs on him, so if he thinks they're going to just let him go off on his own, he's sorely mistaken.