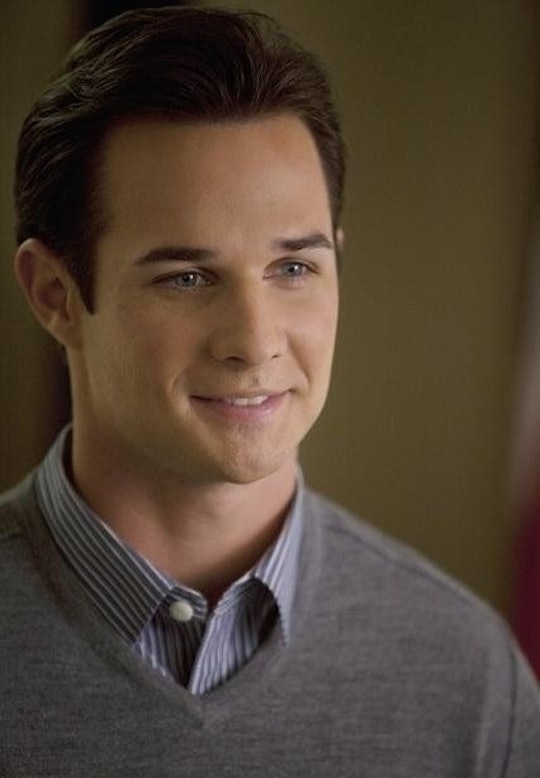 What Is The N.A.T. Club On 'Pretty Little Liars'? This Sketchy Club May Make A Comeback

If you're a Pretty Little Liars fan you know that Rosewood is a sketchy place. People go missing, there's murders, and there's also secret societies that do creepy things like film teenage girls. Honestly, why anyone still lives in Rosewood remains a mystery to me. With the return of Jenna and the rumored return of Jason fans are beginning to think there may be a resurgence of the N.A.T. Club but what exactly is the N.A.T. Club on Pretty Little Liars?

As with most secret societies the N.A.T. Club actually stands for the Latin phrase "Nos Animadverto Totus," which translates to "We See You," in English. This should've been everyone's first clue that this society was created with nefarious plans in mind. The club was started by Jason, Ian Thomas (R.I.P.), and Garrett Reynolds (also, RIP). Through flashbacks it was revealed that these three would film Rosewood residents, usually teenage girls, through their bedroom windows. It's suggested that Ian was the leader of the group but honestly does it really matter who led this weird secret society? They were all sketchy, honestly.

For a while, Ian and Garrett were top suspects for killing Ali because they were in her room the night she disappeared. Jenna was also there because Ali had a thumb drive of the N.A.T. Club's videos that showed Jenna seducing Toby, and Melissa also showed up looking for Ali. Both Jenna and Melissa are associated with the Club even though they weren't really in it and some fans believe there's even more to the N.A.T. Club then we know so far. Although we haven't heard anything about the N.A.T. Club since Season 4, Jenna teaming up with Noah and Sara and the possible return of Jason might mean the N.A.T. Club is making a comeback. Or we'll at least get more answers about it.

With so many blasts from the past coming back to Rosewood it would be interesting to see if the N.A.T. Club does come back into play. Hopefully, for the Liars sake, the N.A.T. Club is gone for good because the last thing they need is another problem to worry about.