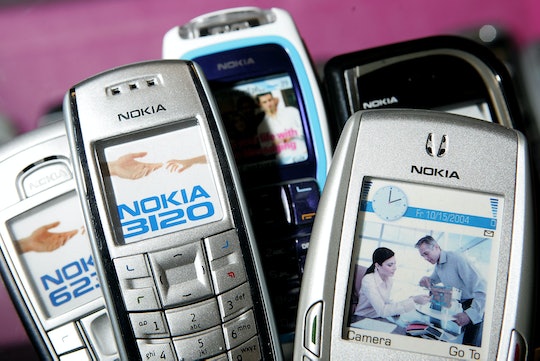 You know that meme that says the old Nokia cell phones of the early 2000s are virtually indestructible and could probably survive the end of the world? Well, there might be some truth in that. The company that brought many of us our very first cell phone is reviving the classic phone in 2017. What is the Nokia 3310? It's basically the modern version of the phone you had in 2002.

The Indestructible Nokia meme endures even though most of us are using more high tech iPhones or Android phones in part because of nostalgia: that old Nokia phone with T9 texting and the game Snake was the first cell phone many of us had. Chances are, it's probably still in a drawer or closet somewhere at your parent's house. HMD Global decided to revive the 3310 model and give it a more modern, sleek design while maintaining the straightforward features (and, of course, SNAKE). For many who are worn out by the constant influx of new iPhones, a nonstop barrage of software updates on their current phones, and not to mention something like a billion apps (some of which are built into the phone and you can't get rid of them, hence the term "bloatware"), the idea of going back to basics is appealing.

The new Nokia 3310 is also downright cheap, starting at $50. You couldn't even buy a quarter of a new iPhone for $50. Of course, it's kind of comparing apples and oranges because the Nokia 3310 isn't a smartphone. So, in that sense, you get what you pay for. But for a lot of people, paying far less and getting only basic cell phone capabilities (including a camera and mp3 player, which the original Nokia didn't have) is actually pretty desirable.

The real appeal of the new Nokia might just be taking a walk down memory lane: while some familiar features have seen a bit of an upgrade, the user experience for the Nokia 3310 feels very early 2000s: complete with slow internet browsing capabilities that might make you homesick for your 4G smartphone and good ol' T9 texting. You also have to navigate with the practically obsolete directional pad — a fun throwback, if you can remember how to do it after all these years of using futuristic touch screens. There's also no app for Facebook or Twitter, so while you can stay connected through texting (or, you know, actually calling someone) this phone will definitely get you unplugged from your social media feeds.

Design wise, the phone comes in classic gray or black, or a more funky color like bright orange or yellow. The phones aren't available to order yet, but you can sign up on the Nokia website to get an update as soon as they drop. In the meantime, if you're in the mood to relive the glory days of the phone, check out the Nokia Museum, which not only features the original 3310, but other models you probably will recall such as the classic 2100, the very trendy, sparkly, 3610, or the super cool Nokia 6820 with the slide-out texting keyboard.