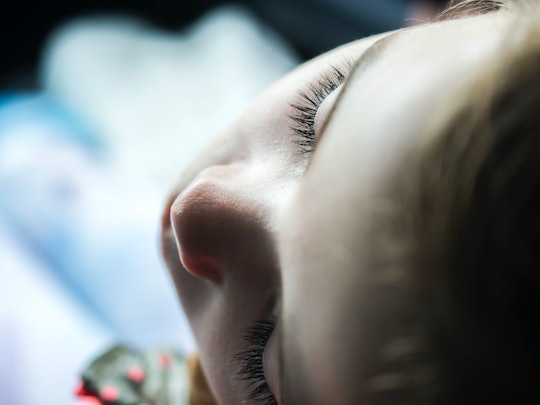 What Is The Polio-Like Disease Paralyzing U.S. Kids? Acute Flaccid Myelitis Is On The Rise

After a 3-year-old Virginia boy went from playful and energetic to suddenly paralyzed and unable to move his arms and legs and needed a tube to help him breathe, the toddler was diagnosed with a mysterious polio-like disease known as acute flaccid myelitis or AFM, according to a recent report by NBC News. On Monday, public health officials reported that, as of August 2016, the number of confirmed cases of AFM across 24 states nearly doubled in the last year. The alarming data may have some questioning: What is the polio-like disease paralyzing kids throughout the United States?

According to the recent findings, AFM appears to be on the rise this year and has been linked to a strain of enterovirus that's now circulating again, which typically only causes milder illnesses in children such as a summer cold or a respiratory infection.

On Monday the Centers for Disease Control and Prevention (CDC) reported that there have been 50 cases of confirmed AFM across nearly 50 percent of the country, which is a spike in cases since 2015. But, the biggest outbreak was in 2014 with 120 confirmed cases.

Still, no cause for the disease is known, but a number of infectious germs have been demonstrated to cause AFM.

As health officials believe that AFM is linked to a specific strain of enterovirus that's going around at the moment, the paralyzing outcome happens when the enterovirus gets into the central nervous system, which can lead to inflammation of the brain and other serious illnesses.

According to the CDC, AFM "is a rare illness that anyone can get" and "it affects a person’s nervous system, specifically the spinal cord." It can cause sudden onset limb weakness, facial drooping, or difficulty in speaking.

"August to October is typically when enteroviruses circulate," Dr. Kevin Messacar, pediatric infectious disease physician at The Children's Hospital Of Colorado told NBC News. "We see more acute flaccid myelitis during that season and we do seem to be seeing an increase in the cases that have been reported."

Messacar explained in the same interview, "Acute flaccid myelitis is a very rare complication of an illness. I think it's important that we take it seriously because the effects of this condition appear to be long term and are disabling."

There is currently no vaccine or cure for this strain of enterovirus (EV-D68), so practicing good and vigilant hygiene is key. The CDC recommends washing your hands often with soap and water, avoiding close contact with sick people and staying home from work or school when you or your child is sick, in addition to regularly cleaning surfaces with a disinfectant. It also recommends being up to date on all recommended vaccinations, including poliovirus.

AFM can lead to severe health issues, so if see your child having problems walking or standing, or if they develop sudden weakness in an arm or leg, the CDC urges parents to contact their doctor right away because it's always best to err on the side of safety and caution.