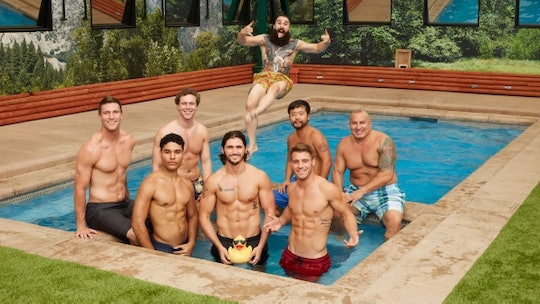 What Is The Roadkill Game On 'Big Brother 18'? The New Game Could Change Things

It's always good to change things up and the Roadkill Competeition on Big Brother this season is definitely going to give the contestants and fans a good time this summer. Frankly, it looks exhausting. The competition will debut on this Sunday's episode and CBS has teased it as being a "game changing" addition to the series and that the winner will be able to "impact the competition" like never before. Oh, the anticipation. They haven't revealed exactly what the winner will be able to do or what special privileges they'll earn, but it's definitely going to be good because this challenge looks like hell.

According to People, each week the Big Brother RV will be rolled to the back of the house for the game. This week, the houseguests will have to do a quick wardrobe change out of a track suit and into their bathing suit, while keeping three buttons pressed down in front of them the entire time. It looks like a sick game of Twister, actually. They have to start out with their right foot and both hands on the buttons but once the buzzer goes and they start stripping, they can get creative with how they keep the buttons pressed.

It's a lot of pressure. Especially because if they let go of one of the buttons is released, the timer speeds up 30 seconds until the button is pressed down again. If two buttons are released at the same time, the timer goes up by 60 will speed up by 60. If all three buttons are released at once, the timer will speed up by 120. So it's a race against zippers and the timer. Because it takes place in the RV, it's all done in secret and the winning hamster will be informed of their status in the secret diary room.

If the Road Kill challenge is always going to be this ridiculously hard, the pay off should be worth it. Producers Allison Grodner and Rich Meehan said that they need to keep the stakes high (like as high as you might have to lift a leg to take a tube sock off with your teeth). "You want competitions that have stakes, that really mean something. This new competition really does that," Meehan said. He added, "So the nominations falls somewhere in the middle and then this competition and then, you’ll see."

Apparently there's a new final ceremony, too, according to Grodner and Meehan. The Road Kill competition is taking the place of the much loathed Have-Not competitions, which everyone, especially the contestants should be happy about.

Who do you think will win this one?