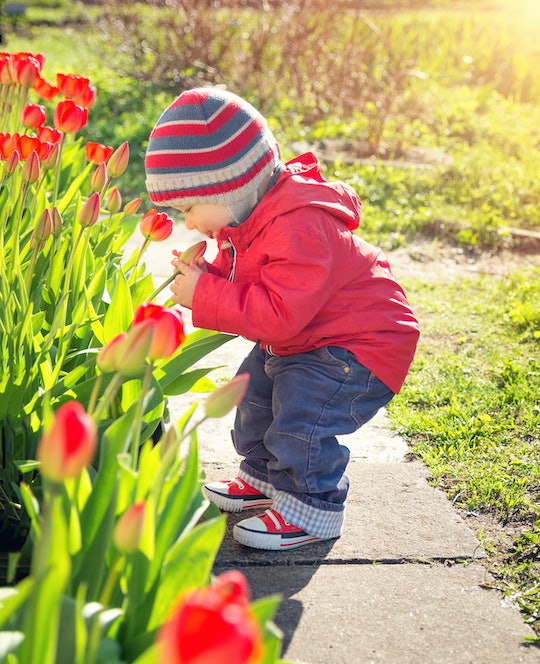 Technically, the first day of spring is nearly upon us, but by mid-March, many places around the country still haven't seen the last of their snowfall for the winter season. Having grown up in Maine, I know that winter doesn't end until the last of the snow melts — and that might not be until April. But whether you feel the weather warming up or not, you might be wondering what the spring equinox is and when it starts, because for those still very much ensconced in winter weather, it can feel like warmer days are nowhere in sight.

The spring equinox is when the sun shines on the equator and the length of day and night is almost exactly equal — that's pretty cool. The spring equinox is also called the vernal equinox, according to Time and Date, and it will take place on March 20th this year, which is the same date as the first day of spring. "The March equinox marks the moment the Sun crosses the celestial equator – the imaginary line in the sky above the Earth’s equator – from south to north and vice versa in September," explained the site. Using Time and Date's handy dandy equinox calculator, you can find out exactly what time the March equinox will be gracing your location.

In addition to marking the point at which night and day are equal, the spring equinox also marks the first day of astronomical spring for the northern hemisphere. Of course, this shouldn't be confused with other indicators of the start of spring, like the start of the season from a meteorological point of view, which is "based on average temperatures rather that astronomical events," according to the site. Meanwhile, the March equinox signals the start of astrological fall in the southern hemisphere, when countries like Australia start heading toward their winter.

Like summer and winter solstices, equinoxes have long been cause for celebration by various groups throughout history. History.com reported that Chichen Itza, the ruins of the ancient Mayan city in Mexico, is one of the best places to celebrate the spring equinox. "Crowds now gather on the spring (and fall) equinox to watch as the afternoon sun creates shadows that resemble a snake moving along the stairs of the 79-foot-tall Pyramid of Kukulkan, also called El Castillo." But those shadows aren't just any old blobs, "On the spring equinox, the snake descends the pyramid until it merges with a large, serpent head sculpture at the base of the structure," the site described.

Another archeological site, Teotihuacan, near Mexico City, makes the list of top places to celebrate the spring equinox. TripSavvy said, "On this date hundreds of thousands of visitors visit the site, many dressed all in white. They climb to the top of the Pyramid of the Sun where they perform rituals and stretch out their arms to receive the special energy they believe is present on that day." I'd imagine thousands of visitors dressed in white creates an a special energy all on its own!

Meanwhile, halfway across the world in England, a more modest group gathers at Stonehenge to celebrate the spring equinox. Stonehenge Tours explained, "Each year on the 20th March Druids and Pagans gather at Stonehenge early in the morning to mark the Spring Equinox and to see the sunrise above the stones." But more than just seeing the sunrise, Pagans believe "this is the time of the ancient Saxon goddess, Eostre, who stands for new beginnings and fertility," which means it might be an even more fruitful time to visit the site if new life is something you're seeking this year.

While it might not be exactly balmy across the whole Northern hemisphere yet, the spring equinox should definitely be a sign that we're headed in the right direction. Spring flowers will be pushing up through the snow soon!