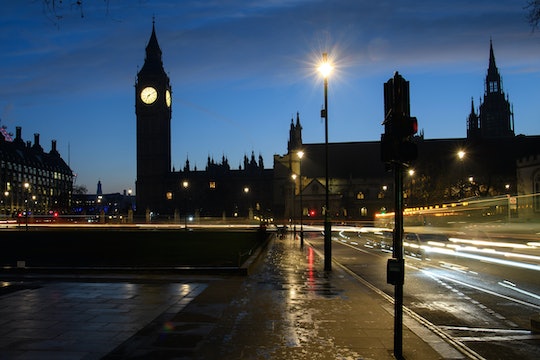 The Importance Of The U.K.'s New Turing Law

Since 1776, the tradition of Britain remaining relatively placid while America loses its cool, has just been a given. A classy, somewhat-controlled nation with a perfect royal family at its helm versus a band of wild (but scrappy and sweet) toddlers, you might say. And now, unsurprisingly, as America can't seem to get its head on straight, Britain is showing us up once again. This time, they're attempting to make things right regarding their previously unjust treatment towards homosexual and bisexual men by passing the Alan Turing Law. So, what is the Turing law, exactly?

Since 1952, Britain has had in place a set of laws that, basically, makes it illegal for men to have sex with each other. And while, obviously, times have changed, and less and less men have been convicted of disobeying the law, for whatever reason, the law was still in place, with men all across Britain considered legally guilty for being who they are. Until today. Today, the historical amnesty Turing law was officially passed, and thousands of men were pardoned or posthumously pardoned, including famed mathematician and the law's namesake, Alan Turing.

The name for the law is based on British WWII mathematician Alan Turing, who, in 1954 was convicted of having sexual relations with another man under the Labouchere Amendment, which criminalized the act as "gross indecency." After his conviction and punishment — chemical castration — Turing killed himself, a chilling effect of governmental bigotry.

Today, decades later, the Turing law has officially passed the final stage of Britain's law-making procedure. Before the bill became law today, over 65,000 men had been convicted, and many were still living with shame, fear, and an unfair record, according to Newsweek.

But today, after years and years of fighting the good fight, things finally took a promising turn. Thousands of men have been pardoned for the "crimes" they committed in years past. Unfortunately, many men died before getting to see this justice be served: Of those 65,000 convicted, about 50,000 are being pardoned posthumously.

Surprisingly, not everyone is pleased with the pardons. Many have refused to accept such statements, insisting that they infer there was a criminal activity taking place already, just by being in love or having sex.

It should also be noted that the pardons will not be granted with a sweeping gesture. In fact, living men who had previously been convicted will have to apply through Britain's Home Office in order to have their names cleared.

Nothing any government ever does will be completely perfect. However, this moment in our world's history has had an important impact on gay and bisexual men's rights across the U.K., and provides everyone around the world with a glimmer of hope in otherwise troubling times.