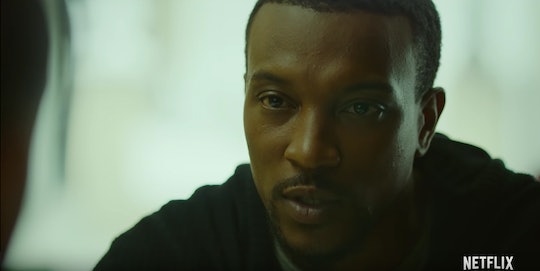 Netflix has revived countless American shows that flopped on broadcast TV. But this fall, the streaming service picks up a gritty British crime drama that's already generating buzz, thanks to Drake signing on as an executive producer. But viewers who are new to the show may be wondering what Top Boy is about, exactly, and the easiest way to describe it is Peaky Blinders meets The Wire with The Chi behind the bar pouring shots. The series shines a light on drug war and street gang culture in a fictional East London housing estate — the UK equivalent of housing projects — called Summerhouse.

At the center of the story are three characters with opposing objectives. Dushane (Ashley Walters) and Sully (Kane Robinson, better known as British rapper Kano) are a pair of friends turned rival drug dealers turned allies again in the struggle to dominate Summerhouse's drug economy. Ra'Nell (Malcolm Kamulete) is a vulnerable teenage boy trying to avoid gang life, but he's forced into survival mode when his mother is admitted to a psychiatric facility. Dushane and Sully spar often as Dushane aspires to become "top boy," or the area's primary drug boss, while the other Summerhouse residents try to navigate the moral gray area between joining a crime syndicate and getting out of the projects.

When Top Boy picks up for Season 3, Sully has just returned from serving jail time, Dushane is working his connections in Jamaica, and Summerhouse has a new top boy named Jamie (Micheal Ward), according to Dazed. Dushane and Sully decide to team up in an effort to reclaim their turf from the ambitious newcomer.

Top Boy originated on Channel 4 in The UK back in 2011 with four episodes airing on consecutive nights. A followup second series premiered in 2013, also spanning four episodes, but Top Boy was canceled by Channel 4 in 2014, while storylines for Season 3 were being developed, according to DigitalSpy. In 2015, the series began airing in the United States on DirecTV. By November 2017, after Drake had shown interest in developing the series further, Netflix announced that it would pick up the show for a ten-episode third season, written by its original creator Ronan Bennett, as reported by Variety. The show's original creative team would also assemble for the remake, including Walters and Robinson reviving their roles as Dushane and Sully.

The project premieres just weeks after the success of another, equally gritty drama also produced in part by Drake: HBO's Euphoria. He brings along his business partner Future as a co-producer on Top Boy, and the pair also serve as music supervisors on the revival, according to Vice. The first two seasons of Top Boy are currently available on Netflix, so you have some time to catch up before the new season drops, although it looks like the upcoming batch of episodes might work just as well as a standalone series.