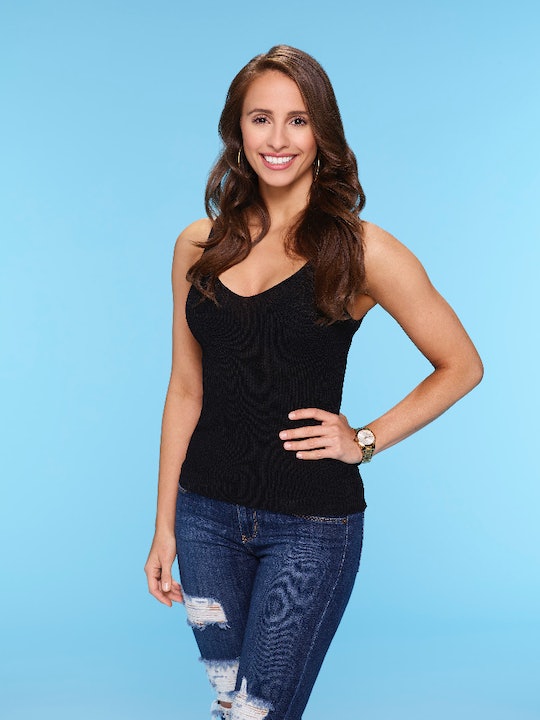 As viewers head into the final episode of the season — and the highly anticipated ~most dramatic ever~ last rose ceremony — their attention has turned to what Nick Viall's group of contestants has been up to since filming ended. Season 21 of The Bachelor wrapped filming in November, and since then, the contestants have all returned to social media and to their "real lives" — except one of them is now, theoretically, engaged to Nick. Many believe that Vanessa, a season-long frontrunner, is that woman. But do we know anything about what Vanessa is doing now after The Bachelor?

Though exact details of Vanessa's life — like whether she's single — obviously have to be kept quiet due to contractual obligations with the show, her posts have made somewhat clear what her life is like post-Bachelor. For one thing, it seems that she is still living in Montreal — or at the very least, she is visiting home frequently. Vanessa mentioned to Nick during their emotional conversation on their Fantasy Suite Date that her family traditions (like Sunday lunches) are extremely important to her. Unsurprisingly, she's shared plenty of photos with her big Italian family since returning from shooting the show.

Vanessa even shared a sweet tribute to the women in her family, including her protective older sister, in honor of International Women's Day. "To the strong women who raised me and to all the women around the world, #happyinternationalwomensday," the Montreal teacher captioned the photo.

Unlike many of the other contestants who find themselves in the midst of a career change post-Bachelor stardom, it appears that Vanessa has remained a special ed teacher at the Galileo Adult Education Centre in Montreal. She's posted several photos and videos related to her students, each of which has been phrased as if she's still currently a teacher there.

In a photo with one of her students posted March 5, Vanessa also hinted at something new that she was working on. "Very excited about my new project & happy to bring this beauty along with me! Julia is not only my student, but a friend that has given me such a brighter outlook on life. Julia, thank you for being you! 😘 #nobetteryou," Vanessa captioned the photo.

The biggest change to Vanessa's life after her experience on The Bachelor is that her friend circle has expanded. She's become close to several of the women that she met on the show, and in particular Danielle Maltby. "One of the purest souls. One of the hardest goodbyes. One of my most cherished friendships. Love you, D," Vanessa captioned a behind-the-scenes photo of herself and a Bachelor producer hugging an emotional Danielle after Danielle was eliminated.

While contestants like Corinne Olympios have seen massive lifestyle changes after being boosted into the spotlight by the reality dating show, it certainly seems that Vanessa has remained largely the same woman she was before meeting Nick, which is actually very refreshing to see.