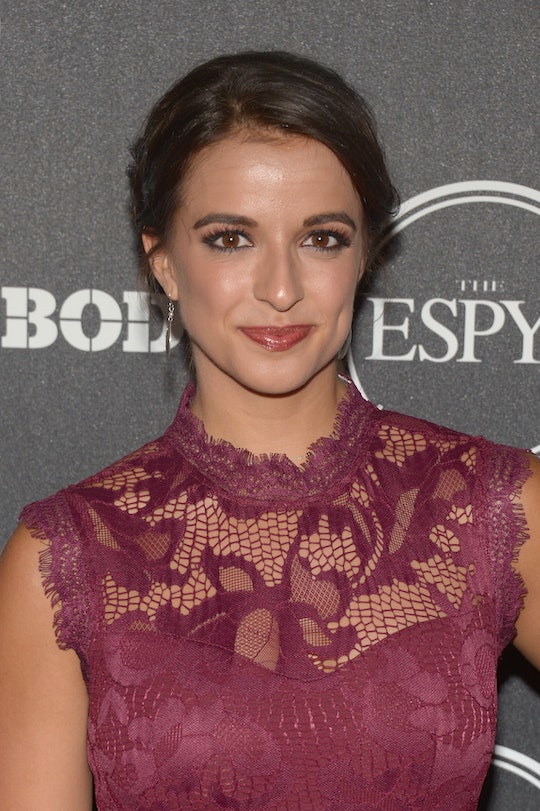 At just 23 years old, Victoria Arlen is doing pretty darn well for herself. That's even more impressive considering she spent two years in a vegetative state, and three more years unable to speak or even move. Now she's in a dancing competition. So what is Victoria Arlen's job? Dancing with the Stars is just the latest stop on her unbelievably miraculous journey. Seriously, we should all bow down.

In an article on ESPN.com, Arlen described her ordeal in heartbreaking detail. She explains how she started to feel sick and lose motor functions at just 11 years old. Before long she'd slipped into a coma that doctors believed she'd never recover from. After two years, she woke up. She was able to hear what was going on around her but since she was paralyzed, she was completely unable to let the people around her know that she was conscious.

"Then, in December 2009, I made eye contact with my mom," Arlen explained. "Slowly over the next year, I began coming back to life." While she eventually regained almost total control over her body, her legs remained paralyzed. But this couldn't stop her either, and she went on to compete in the Paralympics as a swimmer, smashing records left and right.

Her incredible story led to a position at ESPN as a reporter and television personality covering the Special Olympics World Games in 2015. At just 21 years old, she was one of the youngest regular reporters the network had ever had. After her debut, Arlen went on to report on the 2017 Special Olympics World Games, reported on and hosted the X Games and Invictus Games. She's done features and updates for SportsCenter and reported for espnW, as well as appeared on College GameDay and SEC's coverage of NCAA swimming and diving. The woman is a hero.

But athletic and professional success wasn't enough for Arlen, who may very well conquer the world soon. Though doctors believed that she would never again be able to use her legs because they'd been paralyzed for so long, Arlen was determined to walk again. After years of physical therapy, she eventually learned to walk, to run, and now she's dancing her heart out on the ballroom floor. Arlen relearned how to walk after 10 years of being in a wheelchair just a year and a half ago. The logical next step? Dancing with the Stars of course.

Though she still cannot feel her legs or her feet, Arlen practices every day with her partner Val Chmerkovskiy, and has impressed the judges in the first two weeks of competition. After scoring a 24 out of 30 for her tango to Taylor Swift's "Look What You Made Me Do," host Erin Andrews asked how she was doing it without sensation in her legs. "I'm not really sure," Arlen responded with a smile. Maybe it has something to do with her unbelievable work ethic. In People, Arlen describes her experience on the show, calling it the most challenging thing she's ever done. Which is saying something.

"But it’s like climbing a mountain, you don’t stop halfway through and say, 'Man, this is hard.' You just keep climbing and accept any challenge that comes along until you get to the top and get to enjoy the incredible view," she stated.

My only remaining question for Arlen after she finishes up this season of the show is what mountain she's going to climb next? Run a marathon? Run a triathlon? Climb a literal mountain? At this point, I really wouldn't put anything past this incredible woman. And that includes taking home the Mirrorball trophy at the end of this.