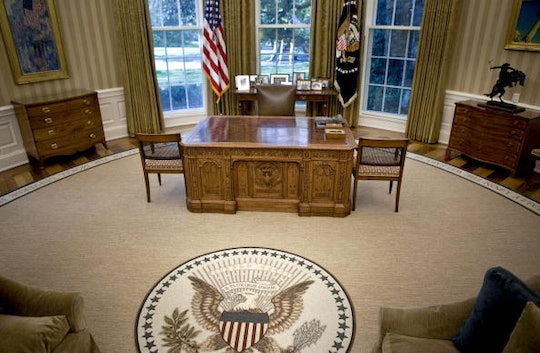 What Kind Of Dad Was Lincoln? How 8 U.S. Presidents Did Fatherhood

Being a U.S. president is a pretty important job. You have to lead the free world, spar with Congress, and remember the nuclear launch codes (among a few other things). But we all know one of the other most important jobs in the world is being a parent. Caring for a newborn is beyond exhausting, teaching kids to read and tie their shoes can be daunting, and raising them to be smart, caring, and responsible adults is hard work. But what if you had to do both jobs? Plenty of U.S. presidents raised kids while in office — from JFK to Barack Obama. And considering it's hard enough for your average Joe or Jane to balance work and family, the very thought of running both the country and a family simultaneously seems like a nearly impossible task.

Of course, these famous dads — before and after assuming the title of POTUS — weren’t totally alone on the parenting front: They had the help of some pretty devoted wives, and in some cases, a staff of nannies and assistants to make sure their kids were being taken care of while they were off running the nation. Still, all that aside, history has suggested that there were plenty of presidential dads who didn’t let a little thing called politics stand in the way of being an awesome dad. Here are just a few known presidents who managed to nail this fatherhood thing while also being POTUS.