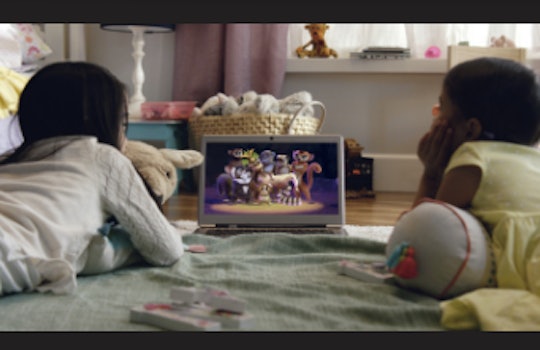 What Netflix's Exclusive Disney Licensing Deal Means For You & Your Kids

Admit it, Netflix really can be the best babysitter around when you're a busy mom just trying to throw together a last minute work project and your kids are being salty to one another (and for $10 a month, a good deal, too). This week, it just got even better. In a blog post Monday, Ted Sarandos, chief of content over at the streaming provider announced Netflix's exclusive new Disney licensing deal, which should provide a pretty great option to parents everywhere. But what does that mean exactly?

The gist of it is this: This new deal means that all new theatrical releases from Disney, Pixar, Marvel, and Lucasfilm will end up directly on Netflix for your streaming pleasure after September. Note that it's all new theatrical releases, so although some old Disney faves are available through Netflix, this deal is all about the new stuff, including anything from 2016 onwards.

Lucky for you and your kids, there's a lot of really great new stuff coming out too — the BFG, Finding Dory, Captain America: Civil War, Alice Through the Looking Glass and more will be just a button away. Think of all the time you might get to yourself while they park it in front of the tube. (Bad news: Star Wars: The Force Awakens was a 2015 release, so it won't be included. At the moment, it's streaming exclusively on Starz).

Although there's a lot to look forward to, there are also some Disney flicks that are going to be taken down from streaming in June, so catch up while you can. Hercules will come down on June 1, while Mulan and Hunchback of Notre Dame won't be available after June 24. Tarzan, Robin Hood, Lilo & Stitch, and Emperor’s New Groove will all remain on the site (and if you haven't watched Robin Hood lately that needs to happen, in my humble opinion).

While the Disney, Pixar, LucasFilms deal is exciting, there are also other really great family friendly projects in the works, too. If your kids are brave, the Jurassic Park films are coming to Netflix in June. Then, in August, Netflix is releasing its very own Little Prince, an animated version of the popular children's book. James Franco, Rachel McAdams, Ricky Gervais, Marion Cotillard, and Jeff Bridges are all involved in the project, so you'll probably be watching a lot of that one too.

In the coming year, you should expect to see lots more original content and movies you actually want to watch come to the streaming site, as they revamp the catalog and get rid of "non-exclusive" content. This means it will be getting even harder to get off the couch — but if it means snuggling with the kids and watching a good Disney flick, who wants to do errands and chores anyway?